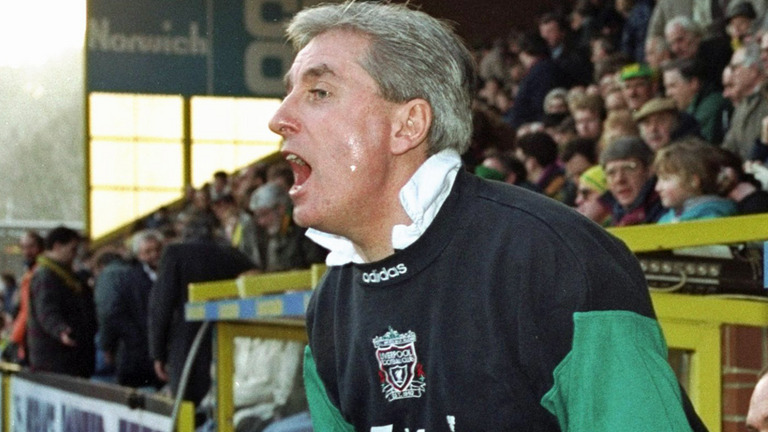 Roy Evans’ career started as a left-back for Liverpool in 1969 but, following Bill Shankly‘s resignation in 1974, he was asked to become a member of Bob Paisley‘s management team.

When Kenny Dalglish resigned in 1991 Evans went on to become Graeme Souness‘s assistant manager and took over from the Scotsman when he left three years later.

Following several years of under-achieving and bad signings under Souness, Evans struggled to get Liverpool back to the top and the club brought in Gerard Houllier as joint manager at the start of the 1998/99 season.

Although they got on well, the unusual role did not suit either man and Evans left the club in November 1998.