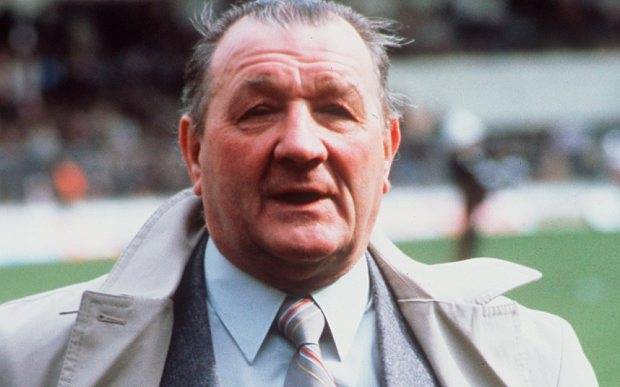 Bob Paisley is the most successful manager in English football history, lifting 19 trophies in nine seasons at Anfield and being awarded the OBE in 1977.

He guided Liverpool to 11 Wembley finals including one European Cup, four League Cups and five Charity Shield appearances. His only defeat at Wembley was the 1977 FA Cup final, and this is the one domestic trophy Paisley never won.

As a player for Liverpool he lined up alongside some of the club’s greatest stars of the 40’s – Billy Liddell and Albert Stubbins – and notched up 278 appearances before hanging up his boots and becoming club trainer and right-hand man to the legendary Bill Shankly.

When Shankly stood down in 1974, Paisley was the obvious successor. Under a great deal of pressure from the press and fans he continued the winning tradition and went on to make Liverpool not only the best club in England, but in Europe too, winning three European Cups.

After declaring his intention to stand down at the end of the 1982/83 season, Paisley became the first manager to ever climb Wembley’s famous steps to receive a trophy when Liverpool won the Milk Cup after beating Manchester United.

Paisley passed away in 1996, but there is a permanent tribute to him at Anfield – the Paisley Gates remind Liverpool fans of the most successful Liverpool manager of all time.