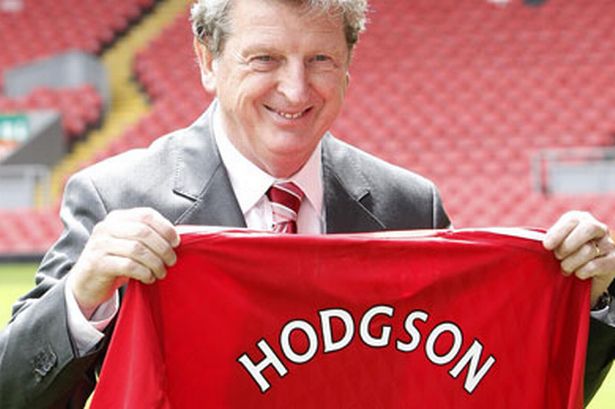 After leading Fulham to the Europa League final, following impressive victories over Juventus, FC Basel, Shakhtar Donestk and Hamburg but losing out in the end to Atletico Madrid, Hodgson was voted LMA Manager of the season for 2010.

Benitez departed after behind the scenes problems at Anfield and disagreements with owners Hicks and Gillette, and the club turned to the man who had a CV full of managerial appointments with European clubs and national sides.

It is fair to say he was never a fans’ favourite and his negative style was unpopular from the outset. Defeat at Northampton Town in the League Cup and poor results in the Premier League put pressure on Hodgson but he refused to accept the inevitable, describing himself as “one of the most respected coaches in Europe” and said it was “insulting” to suggest he couldn’t handle Liverpool’s big-name players.

He lasted six months and left by mutual consent on 8 January 2011, being replaced by Kenny Dalglish.