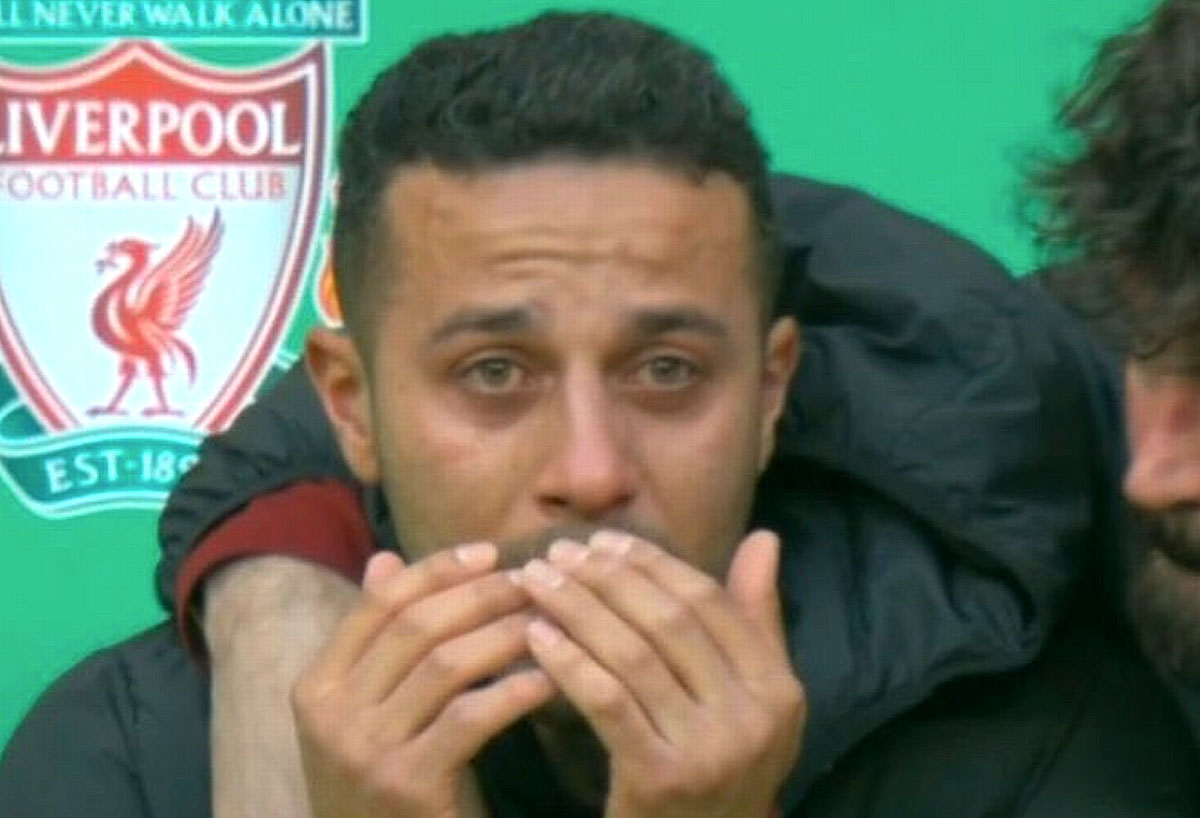 Jurgen Klopp has spoken about Thiago’s injury ahead of Liverpool’s FA Cup tie with Norwich City at Anfield on Wednesday night.

The Spanish midfielder picked up a hamstring injury during warm-up ahead of the League Cup final on Sunday and was visibly emotionally upset about missing the game. It now looks like he will be out for a week, missing Wednesday night’s FA Cup tie with Norwich, probably Saturday’s Premier League clash against West Ham and possibly the Champions League game against Inter Milan next Tuesday.

“It was a very emotional moment. We were all surprised; I came in the dressing room, I watched the whole warming up and didn’t see anything, then we came in, he is on the bed and the physios tell me he feels something in the hamstring, which is not good.

“Then we had to make the decision he could not start. In this moment when you are that close to playing a final, for the one player who probably won the most silverware in the whole squad or as much as the whole squad together, showing this kind of emotion, I didn’t like that he didn’t feel that good, but the desire to play a final I liked a lot.

“He’s fine again but not fit again. Like always, you don’t know exactly. The weekend not sure, maybe Milan, after that definitely.”