HomeNewsCheck out the new Egyptian King mural on Anfield Road

Check out the new Egyptian King mural on Anfield Road 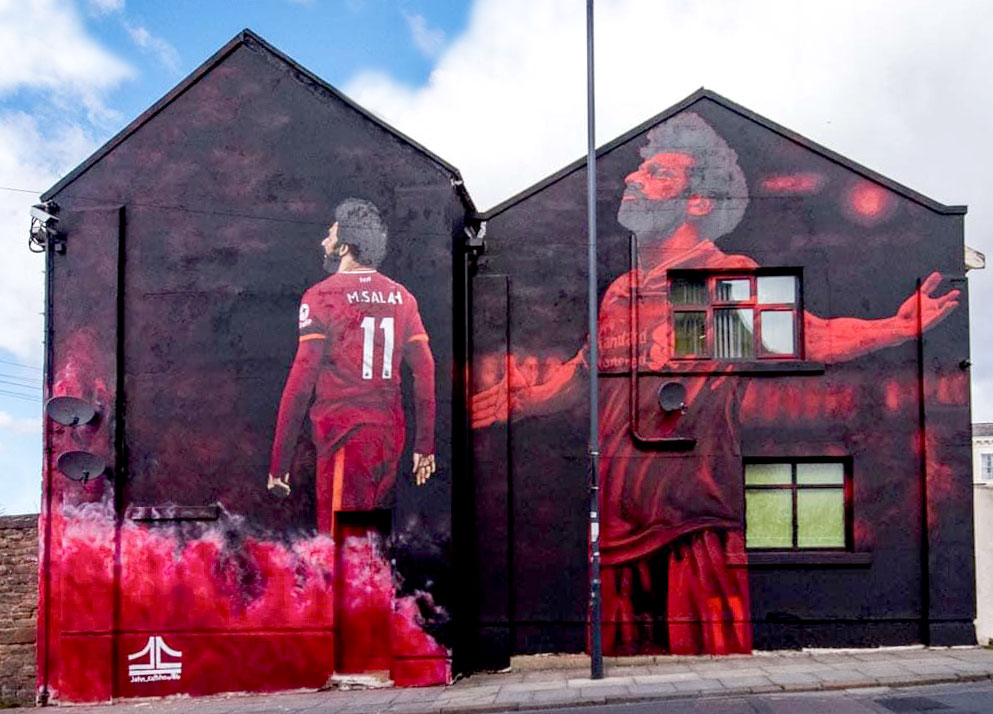 There’s another LFC mural around Anfield. The latest creation opposite the King Harry on Anfield Road was the work of local artist John Culshaw.

It depicts Mo Salah’s iconic goal celebration against Manchester City in 2018 and another image of him after scoring in this season’s Merseyside derby victory.

We caught up with Culshaw to find out a bit more about his work and what it was like to create such a piece of art.

“It was a nice one to paint because the wall was already nice and flat,” he said. “I worked with Peter from Hotel Anfield as he’s trying to brighten up the area.

“It took me six days to do. It’s nice to get nice comments from people who like it, but its funny when some people judge it on the first day when it’s incomplete. Sometimes they don’t recognise who it is or think it’s not a good likeness. I tell them it’s a bit like having a haircut – you’ve got to wait for it to be finished.”

It’s not the first LFC mural John has painted. You may have already seen the Jurgen on the side of Klopp’s Boot Room or the massive Steven Gerrard one on the Sandon pub, but this new Salah mural is arguably the best yet.

“Mo is my little lad’s hero so it would be great if he saw it and commented, or even had a photo taken in front of it.”

So what’s next for Culshaw?

“I’ve got a Nelson Mandela one to do in Toxteth and it’s going to be even bigger,” he promised us. We can’t wait to see it.

The Egyptian King mural will be officially unveiled between 10.30am and 11am on Saturday morning, as the team coach passes by.

You can find it here…