Fab’s back where he belongs and Thiago is good again 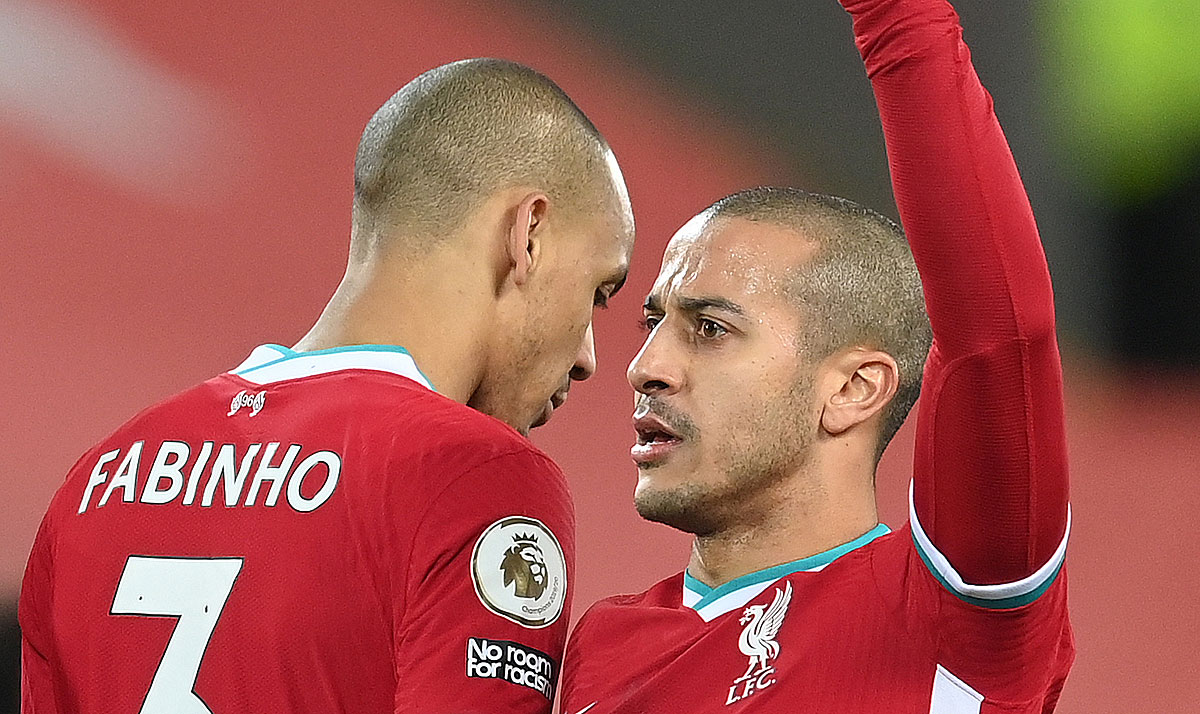 Liverpool’s performance in their 2-0 victory over RB Leizig on Wednesday night was a reminder of the team that won the Champions League two years ago and dominated the Premier League last season.

The ongoing defensive injury crisis has left manager Jurgen Klopp lacking in so many options over the last few weeks that he has been forced to play people out of position in order to get by and the resulting defeats have been the toll. Great players were criticised for poor performances and part-time fans on social media were calling for a clearout.

However, Wednesday night in the Puskas Arena was different. Nat Phillips partnered Ozan Kabak in the centre of defence, allowing Fabinho to return to his familiar midfield role alongside Gini Wijnaldum and Thiago Alcantara.

The result was players that thrived like beasts let off the leash. Fabinho in particular once again looked like that classy defensive midfielder we bought from Monaco three years ago, crunching into tackles, breaking up the play and regaining possession.

Thiago has been at the receiving end of much of the abuse in recent weeks, with many suggesting he’s not good enough, but he put in possibly his best performance yet in a Liverpool shirt.

Together, Fab and Thiago showed how great a combination they are. As long as Klopp continue to play them in their natural positions then Liverpool will bounce back from their recent lull and force their way to a top four place in the Premier League.