A Perfect Leed Up To Wembley 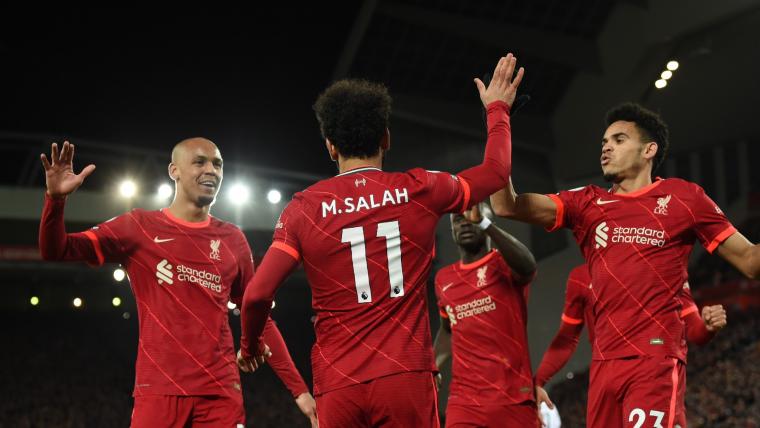 The joys of being a Liverpool fan are in games like tonight. When wave after wave of chances are coming and every player on the pitch looks a threat to score. When crosses are being pinged in from everywhere and when Joel Matip can finish like vintage Fernando Torres. On a night when all observers were wondering if the momentum from the weekend would carry on, Liverpool answered in the most emphatic of ways.

Leeds play a daring game and in so many ways, they deserve to be applauded for it. Rather than the usual defensive gameplan, parking the bus and hoping to nick a goal or settle for a scoreless draw, they want to run at teams. On some nights, it can work wonders and in the right frame of mind, their attack can be deadly. Man United saw this first hand when Leeds tied the game in almost the blink of an eye. Problem is, for all the might and frenzy they have going forward, their defence looks like they just met on the bus ride over too often. Players continued to go unmarked in crucial moments and the midfield would so easily get stretched out and passed around. Granted, a lot can be pinpointed to key players being out but this is still a team in the premier league and in order for them to not only stay up this season but for seasons to come, they must learn to balance their ledger out.

On this night, Liverpool were eager to take full advantage of Leeds’ style. After a few early moments yet again where the defence had to perk up, the game began to tilt steadily in the Reds’ favour and it never went back. The first penalty was bad luck from the defender who just had nowhere to put his hands but it had to be given and Mo Salah dispatched it with typical aplomb. The real treat though, was the second goal as FINALLY, “Goal” Matip came to his final form. Playing a lovely one-two with Mo, Joel galloped forward on one of his enterprising runs and then coolly finished it like a seasoned striker. The sheer delight on the entire team and Jurgen Klopp’s face said it all about what a special moment it was. Mo made it a 3-0 halftime with a second penalty and frankly, the question now became, would Klopp rest players with Wembley ahead on Sunday?

Turns out, not so much. Instead, after 30 or so minutes of neutral play to begin the second half, the team kicked into gear and roared all over the poor Leeds defence again. Sadio Mane continues to prove that he is somehow underrated still despite being the reigning AFCON champ. It is strange at times how he lurks in the shadows of other players. Mo Salah is obvious since he is playing at a whole other level, but with the exploits of Jota and the new addition of Diaz, Mane has at times almost seemed forgotten. His recent goals should change all that and any talk of a drop in form is now fully out the window with everything left to play for.

The final goal by Van Dijk said everything that really needs to be said about the game. Here he was, somehow unmarked, game well over and still able to power forward and put the cherry on top. It speaks to just how hungry this squad remains for goals, for more quality and for what they can do when an opponent drops off. By the end of the match, not only had the gap closed all the way to 3 points but Liverpool had put down yet another marker to City and the league as a whole. In a similar way to the 5-0 thrashing against United, this result could see wholesale changes at Leeds and could be a further inflexion point for the season.

Looking ahead to Sunday, Klopp will be eager to continue this run of form, though a few words of caution remain. Chelsea will in no way resemble this Leeds squad. They can be vicious on the counter and Liverpool must start the game focused. Whereas the last few matches have seen opponents come close to hurting from shaky starts, Chelsea have the guile, grit and skill to actually cash in on that so it is imperative that the Reds come out strong don’t ease into the match. Some midfield play was still very loose at times and that too much be tightened up to really minimize the danger. In a funny way, despite the 6-0 scoreline, there were still areas the Reds could have played better in, which might help them ahead of the cup final. It will give Jurgen and the coaches more things to tweak and work on, which coupled with a sky-high confidence level throughout the squad, bodes very well. On to Wembley!