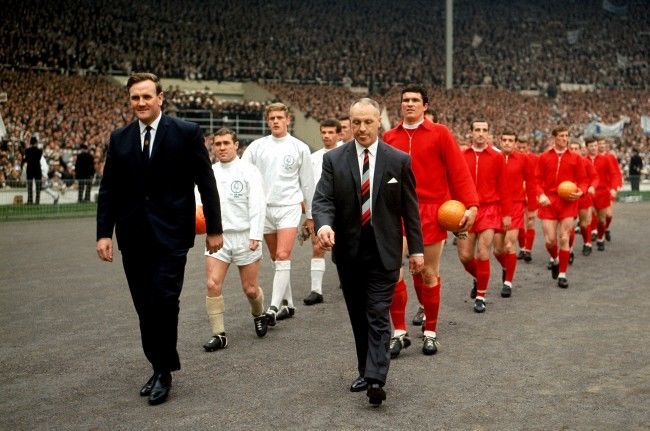 …or Anfield South as former club chairman Sir John Smith renamed it after the club’s numerous appearances at the national stadium during the 1980’s.

Liverpool played 30 competitive games at Wembley before the famous twin towers were demolished in 2002. Their record is impressive – 17 wins, 8 defeats and 5 draws.

Wembley has seen some classic Liverpool games over the years. Bill Shankly‘s Reds famously beat Leeds United 2-1 in the 1965 FA Cup final to lift the trophy for the first time, Bob Paisley‘s men beat FC Brugge 1-0 in the 1978 European Cup Final and who could forget the ‘Merseyside final’ when Liverpool beat Everton 3-1 in 1986?

Since the new Wembley Stadium was reopened in 2007 the Reds have fared less well, but they did beat Cardiff on penalties to lift the League Cup in 2012.