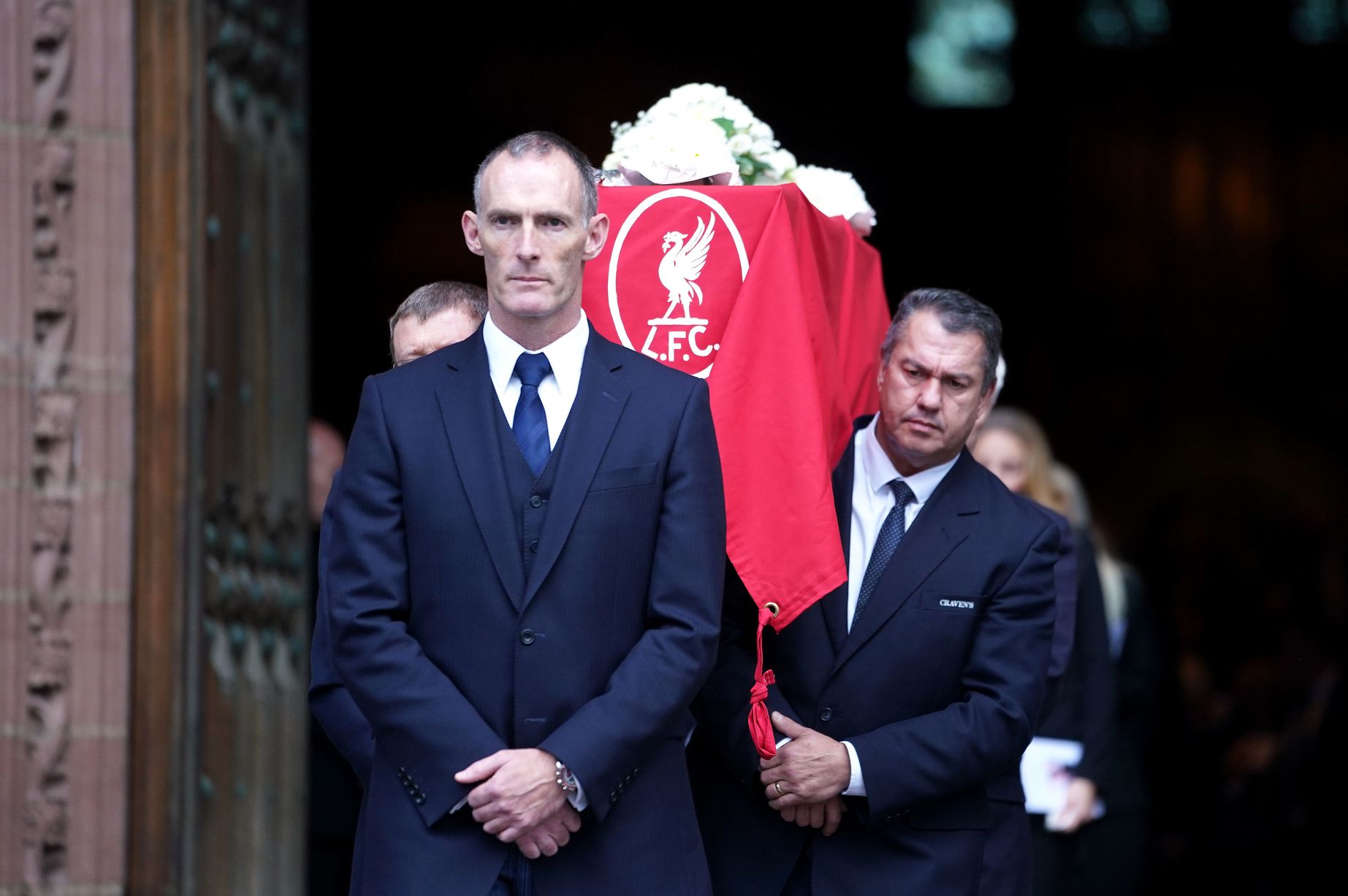 Hundreds of fans gathered at Anfield as the funeral cortege paused outside the ground ahead of a service at the Anglican Cathedral at 11am.

The coffin, draped in a red Liverpool flag, left the cathedral as the club’s anthem You’ll Never Walk Alone played before heading to a private ceremony at Anfield Crematorium.