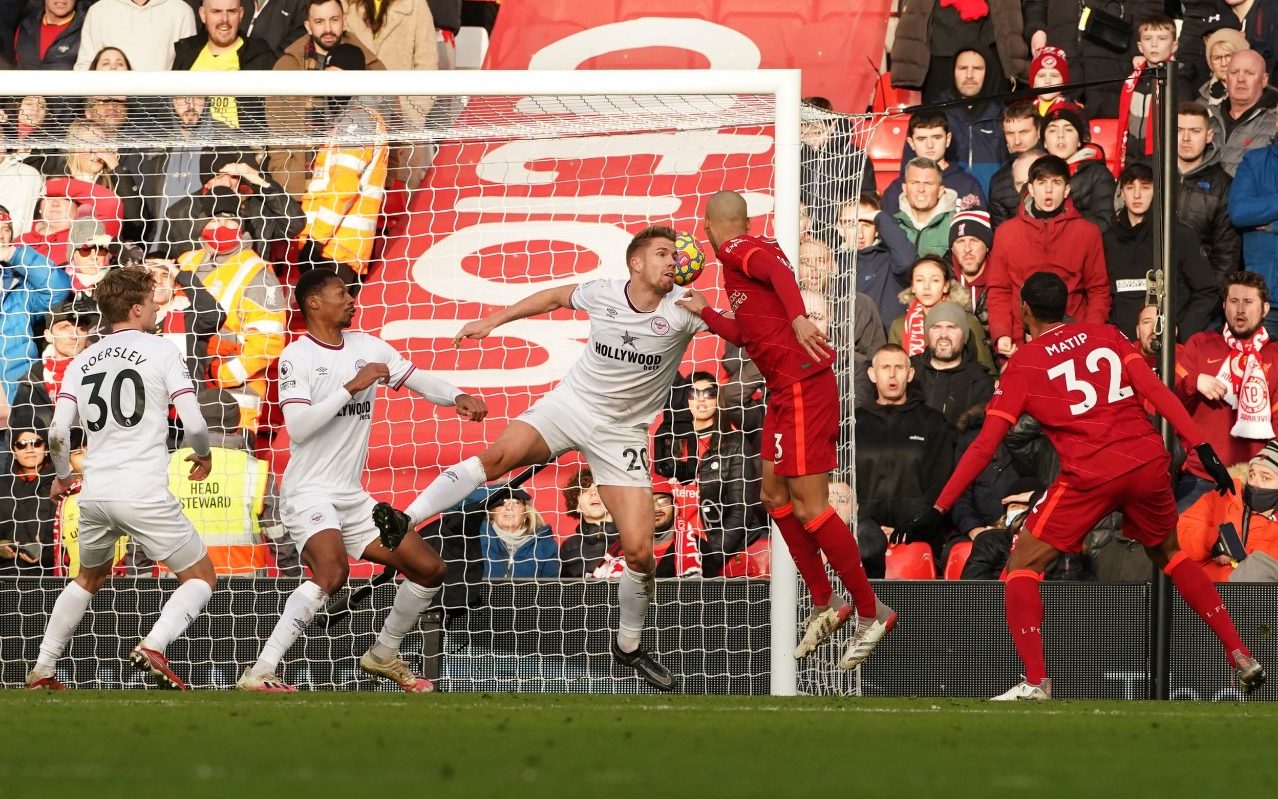 Whilst the name of Rafa Benitez was ringing around Anfield, following his sacking by Everton, his former team saw out a comfortable 3-0 victory. Comfort though is relative, and an industrious Brentford side never really looked beaten, until birthday boy Minamino tapped home the third in the closing stages in front of the Kop.

After the tedious 0-0 draw on Thursday, Liverpool needed a bright start, and they certainly started with greater intent and a brighter tempo. They were on the front foot from the whistle, and Brentford did well to see off some early pressure, with our number four denied with some last-ditch defending from close range. Just as it looked like Brentford would see out the first half with a clean sheet, it was Fabinho who put Liverpool ahead.

A corner in the 44th minute somehow managed to evade everyone, as it swept across the six-yard line, and the Brazilian saw his somewhat soft header creep in at the far post. Though the lead was deserved, with Liverpool certainly upping their game from the draw versus Arsenal, Liverpool were far from their best, but the interval lead, greeted with some relief by the crowd, appeared to settle the nerves as the second half began.

Later injured, again, it was Ox, who matching Fabinho’s heading prowess, nodded in a great far post Andy Robertson cross. The Scotland captain, not at his best recently, certainly found his range with a cross that was met by a diving Alex Oxlade-Chamberlain in front of the Kop, though before then Brentford had squandered their best chance of the game. Had it found the corner of the net, rather than squirt around the post, the jitters may have affected a Liverpool side who really only played with fluency after going two up.

Fluency, however, had little to do with the third goal. Brentford, who had come close to losing the ball several times whilst playing out from the back, finally succumbed to the Liverpool press in the final ten minutes. Bobby nicked the ball on the 18-yard line, and following some cute interplay with the birthday boy, Takumi Minamino sealed the three points. A late chance for Kaide Gordon was spurned, but 4-0 would certainly have been harsh on a spirited display by the bees, that ultimately lacked sting.

This was a much-needed three points and clean sheet for the Anfield men. A starting midfield of Fabinho, Henderson and Curtis Jones, providing more dynamism than Thursday’s display. Likewise, the use of Chamberlain to bolster the attacking options, rather than Minamino, who replaced the injured former Arsenal player in the second half, also delivered more thrust in the final third. Whether Manchester City, still eleven points clear following this Liverpool victory, will feel under any pressure, is another matter.