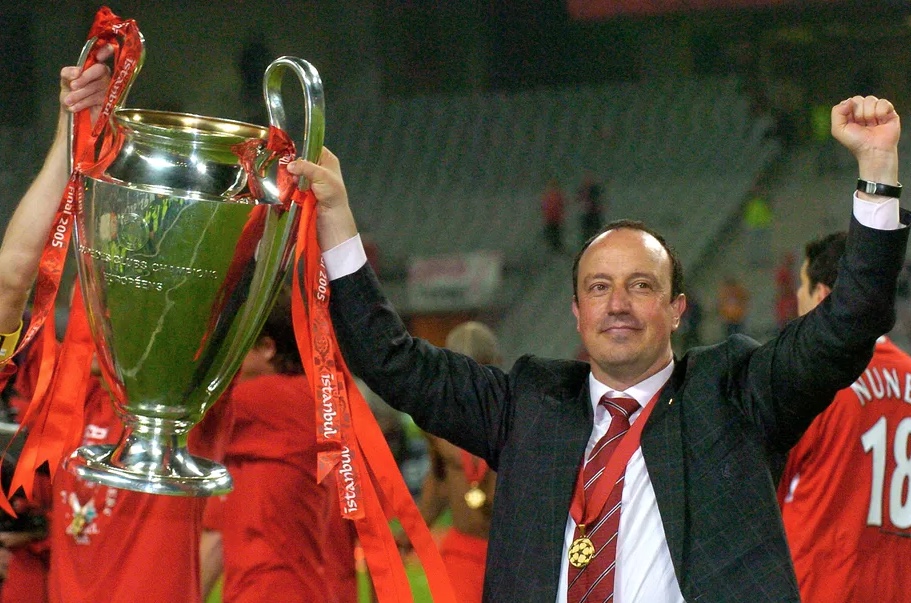 Rafael Benitez joined Liverpool in the summer of 2004, replacing Gerard Houllier and becoming the first Spaniard to manage in the Premier League.

Benitez had impressed the board with his impressive results with a limited budget at Valencia. It didn’t take him long to convince Steven Gerrard to stay at the club, sell Michael Owen to Real Madrid and bring in Xabi Alonso, Luis Garcia and Pepe Reina from his homeland.

After once season Benitez led Liverpool to the Champions League final, beating AC Milan in an incredible final in Istanbul and winning the European Cup for the fifth time in the club’s history.

It was the highlight of Benitez’s tenure at the club. The Reds also won the FA Cup in 2006 but financial arguments with the club’s owners marred later seasons and he departed by mutual consent in the summer of 2010 and became the manager of Inter Milan a few days later.