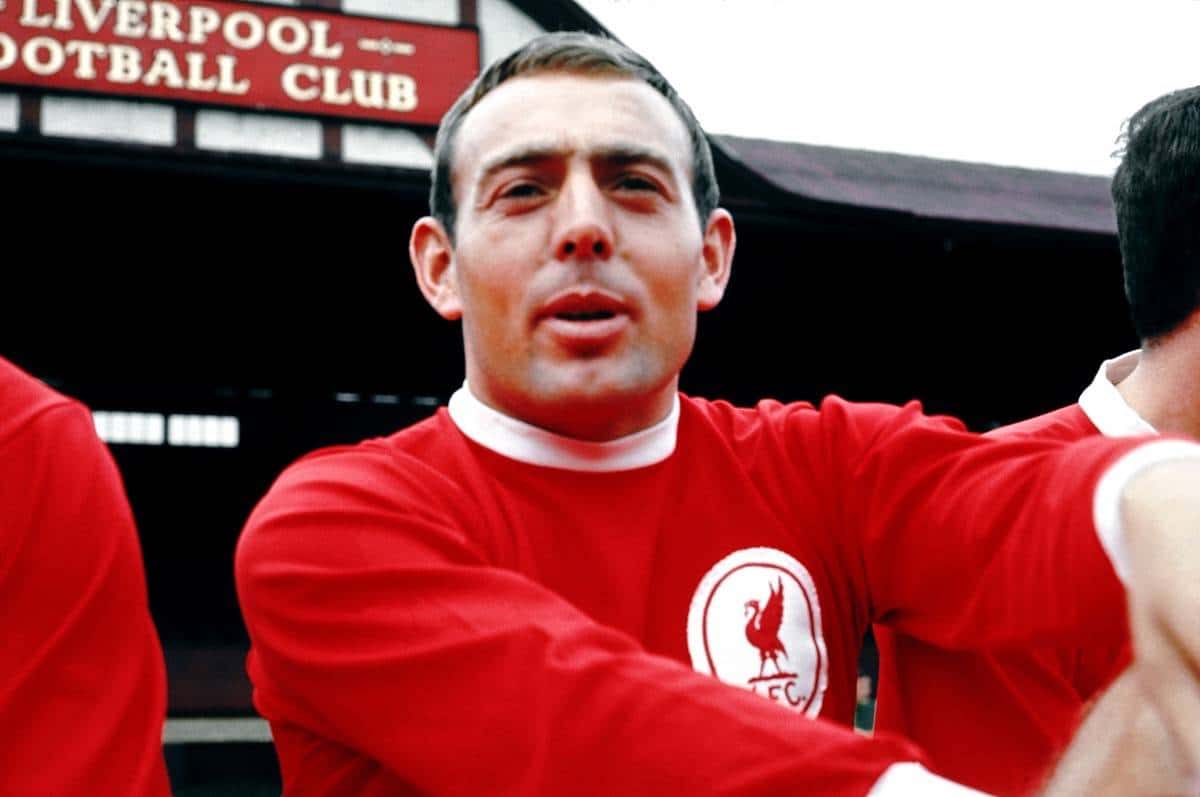 John ‘Ian’ St John was born in Motherwell on 7th June 1938 and started his football career with his home town before his £37,500 transfer to Liverpool in 1961, which was a club record fee at the time, under the late, great Bill Shankly.

St John was one of Shankly’s key players who helped turn the club from a second division side to the best in the country, winning the league title in 1963/64 and scoring the winner against Leeds in the 1965 FA Cup Final. Liverpool went on to win the league again in 1965/66.

After scoring 118 goals in 425 games for Liverpool, St John finally left in 1971, moving onto Coventry City. After retiring from playing in 1973 he managed his boyhood team Motherwell.

Many fans will remember him from his punditry work with his friend Jimmy Greaves on the popular TV show Saint And Greavesie from 1985 to 1992.

St John sadly died on 2nd March 2021, aged 82 and will be greatly missed by Liverpool fans young and old.