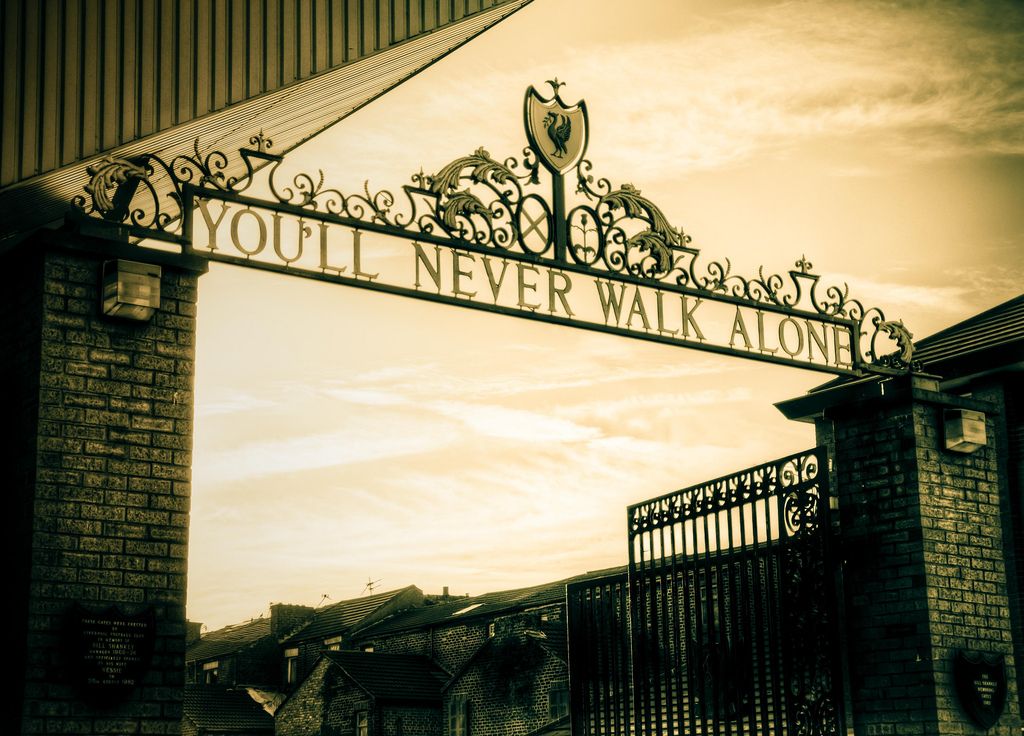 The Shankly Gates were unveiled on August 26 1982 to pay tribute to Bill Shankly, the man who single-handedly turned Liverpool Football Club from a struggling second division side into the greatest team in English history.

Across the Gates are the words ‘You’ll Never Walk Alone’, the Gerry and the Pacemakers’ hit that Liverpool fans adopted as the Club’s anthem.