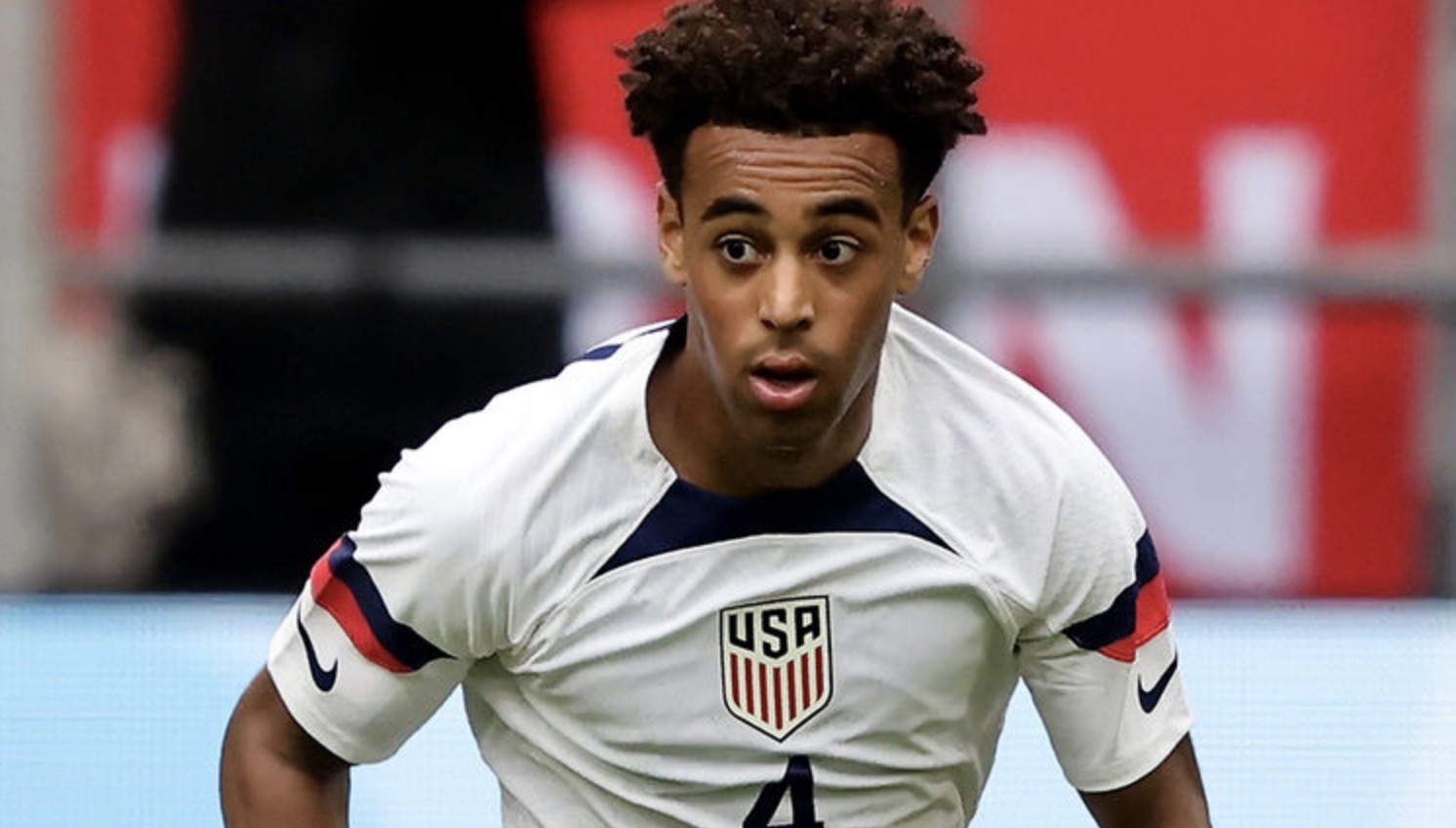 It’s been an all-out sprint through the World Cup so far, with upsets, new faces and perhaps not surprisingly chaos. No team was able to win all three of their games in the group stage and as we barrel straight into knockout football, things will continue to thrill and surprise.

Almost as hard to believe, but we are now basically a few weeks away from club football returning and the January window opening up. With several teams’ ownerships up in the air, including Liverpool’s, now seemed like a good time to look at some players who caught the eye and how they could potentially fit into Liverpool’s future plans. We’ll end with the most talked about one, a certain young English midfielder, but there have been several other players who could add a lot to the current and future Liverpool squad sheet.

The young American captain has been absolutely immense in all three group-stage games. Tasked with essentially being the garbage man in the middle of the park, and blessed with what seems to be unending stamina, he has been the heartbeat of an American team that wants to run and run and run against their opponents. Sniffing out danger, eager to put in a tackle and stand up to be counted on, Adams has been an absolute rock for the stars and stripes. Already plying his trade in England with a Leeds team that also likes to play at pace, he seems like the sort of player who could easily keep up to speed in a Jurgen Klopp squad. Also able to spray a pass and link up play, Adams could be a perfect deputy for Fabinho and easily slot in as his eventual replacement, given his age and profile. Despite not possessing great size or speed, he is unafraid of any opponent or moment and would be a welcome addition to the team.

Ghana continue to be cursed by penalty kicks against Uruguay. If not for that bad luck, we’d possibly be seeing more of Kudus and Ghana moving forward. From the group stages games though, he is clearly a man in high demand. With scouts rumoured from all over England watching him, including Liverpool, Kudus put on several match-winning displays at this World Cup. With an eye for goal already on full display at Ajax, he is a player who could be at risk of getting the dreaded World Cup hype bump which would send his price soaring but he does possess a lot of the qualities that Liverpool are currently lacking in their midfield, namely an attacking prowess and raw energy to win possession back. With several midfield men looking like their stay with the Reds will be ending after this season (Ox, Keita, Milner to name three), a forward-thinking midfielder like Kudus would be an ideal replacement.

Time is undefeated and no matter the pedigree of any player, eventually the next generation needs to be sought after. Though he is still operating close to his prime, even Virgil Van Dijk will not last forever and Liverpool would be wise to continue to look for long-term centre-backs to bring into the fold. One such player who has caught the eye is Gvardiol. Perhaps partially due to the mask he’s been sporting during the World Cup due to an injury or perhaps because he has been immense in helping an aging Croatian side to advance, but either way, Gvardiol looks the part. Ironically, his game does at times remind of his teammate Dojan Lovren, who was full of strength and passion but also the odd mistake, but Gvardiol is still so young that he could have some bad habits ironed out. With Nat Phillips very likely on the way out in the next window or two, another young centerback to eventually bring on with Konate and to learn from Van Dijk and Matip would make a lot of sense.

4. Jude Bellingham – The next Stevie G?

The worst-kept secret in Liverpool is how much we covet Bellingham. And from recent displays, especially the opener against Iran, it’s obvious why. Somehow both a fully polished product and still just 19, Bellingham possesses all the qualities that a team could ever want from a midfield player. What is truly scary is that he could still add more strength to his frame and if that is matched with his already superior vision and football IQ, Bellingham could end up being the future face of the squad. Liverpool has shown that they zero in on a specific player when it comes time to strengthen a position, with both Alisson and Van Dijk leaping to mind and Bellingham being brought in to take charge of the midfield moving forward has fans everywhere dreaming. Every little moment Jude shares with Hendo or Trent is being examined as if it were the final clue in a treasure map and though his price tag is almost certainly reaching the 9-figure mark, he seems as close to a sure thing as his former teammate Erling Haaland.
Now that we’ve reached the knockout phase, it’s time for more predictions! My first batch were very hit or miss and for these, I’m going to be zoning in a bit more on how the teams matchup against one another versus pedigree or storyline. My predicted final is already done since both Brazil and Argentina landed on the same side but merrily we roll along.