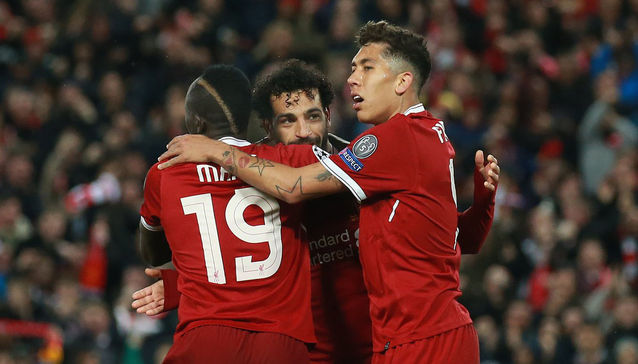 There will be many recriminations and analysis from Liverpool’s shock defeat in Belgrade; however, it’s time to talk about the front three.

In truth, from very early in the fixture it was clear that Liverpool were struggling to get going. Red Star Belgrade had the crowd at their backs and revenge in their mind from a walk-over at Anfield in the corresponding match.

Conversely, Liverpool came out of the traps in sluggish fashion, unable to cope with the intensity and willingness to press from the home side. The first few moments were interspersed with dangerous balls played out of defence and ponderous passing in midfield.

Despite this, it seemed after 15 minutes or so that the most relentless part of the night had passed, Liverpool started to gain some control in proceedings. This led to a neat attacking move down the left between Robertson and Mane who fed in Sturridge.

Unfortunately, despite most of this season being positive, the one blot on the copy book is undoubtedly the lack of ruthlessness in the attack. Sturridge epitomised this by blazing a shot over the bar that looked easier to score.

It was one of the few clear-cut changes the Reds had throughout the whole 90 minutes, the other being a half chance by Sadio Mane later in the 2nd half.
This performance marked a worrying trend among the focal point of the team. Despite his absolute brilliance still being on show, Salah is yet to recapture both his dazzling trickery, but more importantly his world-class arrogance.

Too often the increased marking against him is nullifying his impact, particularly against more difficult opponents. This proved the case against the Serbians who left him feeling an isolated figure, living off slim chances.

The same accusation could be labeled at Liverpool’s Brazilian workhorse Firmino. Despite providing the usual enthusiasm in teamwork, he is yet to make any sort of impact in an attacking sense this season. Considering his magic feet and vision this is arguably a big contributor to the woes upfront.

Finally, whilst Mane has been the best of the bunch so far, tonight proved again his problem with consistency and too often making the wrong decisions in passing, crossing and shooting.

The consequences of this match will leave many despondent. However, despite the struggles of the characters above, the positives are that the footballing world knows just how dangerous this front three can be on their day and it is surely only a matter of time before they click into gear again.

The result was a damaging one, but the reality is that progress within this group is still very much in Liverpool’s hands and it simply heightens the anticipation for a mouthwatering clash in Paris against the French champions in the next fixture.