The Suffering Is Necessary 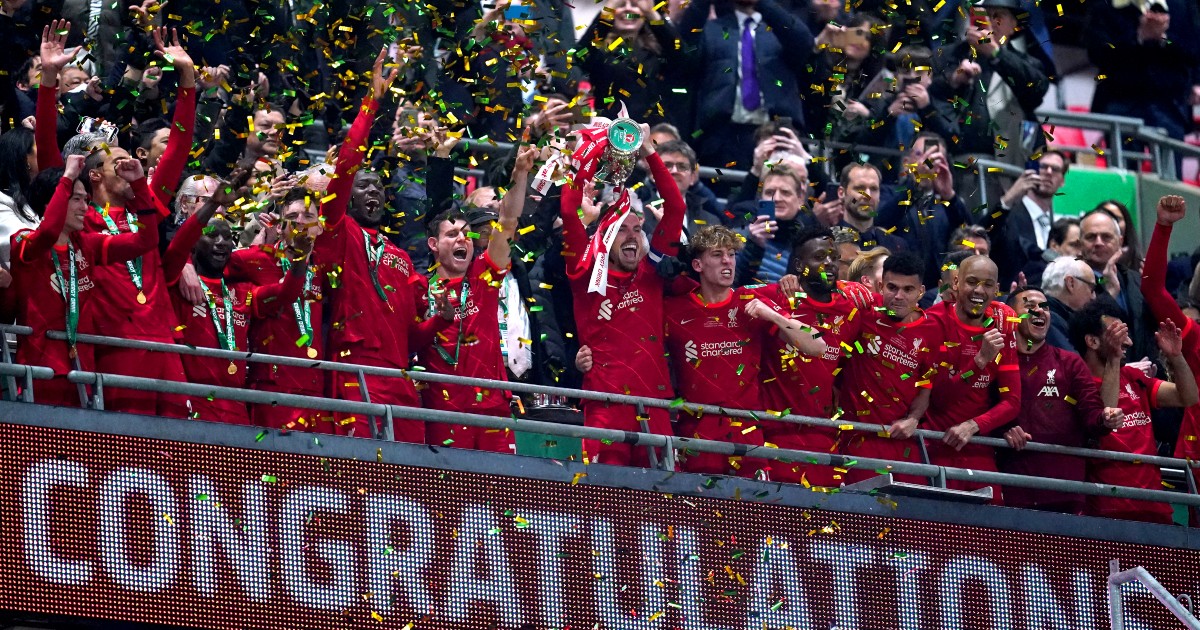 With each penalty kick, the pressure mounted. Player after player for both teams executed their turns with the ruthlessness most English fans attribute to Germany. Perhaps it was due to the fact that both Klopp and Tuchel hail from there and demand that sort of excellence. Or perhaps it was just that neither side wanted the game to end. Yet, somehow, it ended up being literally goalie versus goalie and luckily for Liverpool, Caoimhin Kelleher had the calm of a surgeon and the heart of a champion.
As the final penalty kick went sailing into the night, Liverpool raced to greet their hero, who had been engaged in a battle of saves with ANOTHER goalkeeper all match and emerged victorious. The game clearly needed something special to end it, as it was perhaps the most entertaining nil-nil match in recent memory. That somehow the penalty shootout lived up to the rest of the match made the victory all the sweeter. But it needed to be earned and as a famous saying goes, the suffering is necessary to deserve the reward.

Almost as big a hero as Kelleher and with just as much of an impact was the linesman’s flag. On at least a half dozen occasions the flag came up, often agonizingly late, to keep the match scoreless. Both teams had the ball in the back of the net only to have the lead snatched away. It almost became a recurring joke by the end of the match as every crucial decision seemed to only further lock the teams into a stalemate. For a tantalizing moment, Liverpool thought they’d taken the lead on a wonderfully placed Mane assist to Matip but after a VAR review, it was not to be. In the end, all the back and forth decisions only upped the stakes and the ante of the match.

Here were two teams that still believe they can claim to be the superior team in England, with Chelsea as the reigning European champions and Liverpool more than solidifying their place as the team Man City must fear most in the EPL. Both were hungry to get their hands on the trophy and solidify their respective roles and it showed. As the match crept into extra time, tackles became fiercer and tempers flared. Give Harvey Elliott credit or perhaps smile at his youthful recklessness when he attempted to mix it up with Antonio Rudiger but what was clear was that Liverpool were not afraid and would not be denied.

By the second extra time, both teams looked nearly spent. The frantic, end to end action had knocked almost every player down a level or two. Luis Diaz continued to get a running start for the Reds but even he was worn out and needed to be brought off in the end. There was an air of uncertainly for both teams as penalty kicks loomed, with every remaining player battered, bruised and gassed. Would the penalty shootout show two tiring teams that could not execute their kicks?

Turns out, instead, their tired minds and legs seemed to focus them further. Each player came up and took their turn with such precision it began to seem no one would ever miss and they’d be taking kicks well into the next day. Some came close to be saved but in the end, it was the pivotal call of Tuchel to bring on Kepa that became Chelsea’s undoing. In some ways perhaps fitting, as Kepa’s entire Chelsea tenure is now framed around shootouts and the antics he had during them. To see his kick miss the mark could be the vindication so many pundits surely felt at bringing on a goalie just for a shootout rather than continue with the impressive Mendy who was no doubt upset to leave the match.

What a sweet victory it is now for the Reds as they can springboard this into the rest of the season and the matches still to come. Winning almost always leads to more winning, with a greed and appetite to keep the feeling going. The smiles, the laughter and camaraderie were on full display at Wembley as all the hard work and suffering of a long season paid off handsomely. Right now the club remains one close to the absolute peak of its powers, with so much left to play for. As fans, these games are a joy to behold, and it must be said, a joy to suffer through right along with them as well. Finally getting a domestic trophy with a full house after so many years was worth the wait. Up the Reds! Onward we march into March and beyond.