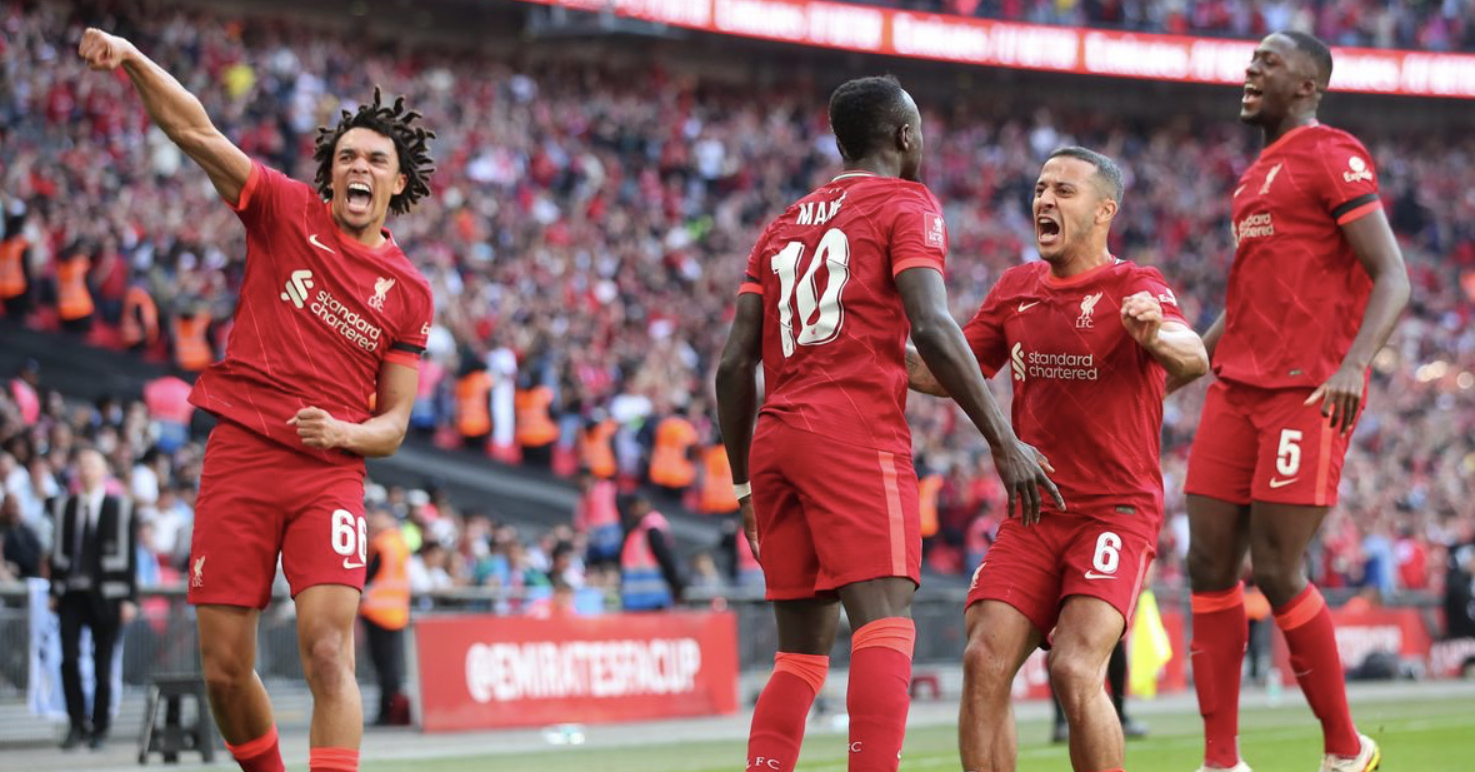 One step closer. The game was never going to be as easy as the first half made it seem. City, with Pep at the helm, rarely play 90 straight subpar minutes. Yet for the first half, they seemed a step slow, disjointed and not ready for what Liverpool had to offer. Much has been made about how much Atletico took out of them and having survived that gauntlet during the champions league group this year, Liverpool know all too well what that is like. Thus, it became so important to set the tone early and that is exactly what happened. Aside from a brief flurry of activity in the Liverpool box, most of the first half action was one-way traffic. As the saying goes, when an opponent is wounded, you have to take advantage and that’s exactly what happened.

Konate continued his personal hot streak and is turning into yet another weapon on set pieces, which will in theory open things up further for others in the matches to come. As with so many other signings, Jota and Diaz aside, Klopp has taken his time in bedding in Konate this season. Along with the form that Matip has been in though, having two options to partner up with Virgil van Dijk gives the squad a real toughness in their backline, which was so obviously missing last campaign. Strangely enough, this match might not have been one of Van Dijk’s best games but his calmness and the sheer ability of Alisson in goal kept things from really falling apart in the later minutes of the match.

What a year it’s turning out to be for Sadio Mane as well. Winning AFCON, securing the World Cup qualification and now another game with big goals. His press for the second goal was one that surely made everyone playing and supporting the Reds smile. When talent meets opportunity, that is usually when good outcomes happen. The third goal was also one that was a work of art, especially with Thiago’s link-up passes. Much has been made about the contract situation of Mo Salah and rightly so. He’s been as consistently great a player as Liverpool have signed in recent memory. However, it would be absolutely foolish to write off the hard minutes and work that Mane has put in as well. Many talk about the body language he has with Salah, about how they don’t always seem like they pass enough or whatever the latest newspaper or tweet is trying to gin up.

By all accounts, the two are extremely close off the pitch and really look out for one another. As the team is built, I would argue that signing Mane might be almost as important as Salah as his direct play and pressing are vital to a fluid front three. With each match, it becomes a really challenging question to wonder how this team would play if they lost either Mane or Salah. The ideal solution is to extend both, and Bobby Firmino for good measure too, although Liverpool don’t have endless money like some clubs.

City gave it a go in the second half and as the match commentators in the US pointed out, whether because of injuries or Pep and his tactics, it seemed like they would have to make do without much of a reshuffle in their ranks. The early second-half goal was a warning shot and for much of the rest of the match, Liverpool did an admirable job closing up shop but as the final few moments ticked away, the one real Achilles heel for Liverpool reared its head again: not putting teams fully to bed. Granted, City are almost certainly the very best team they’ll play the rest of the way through but if they really are going to achieve this impossible quadruple, those details in the closing minutes must be precise.

Still, the dream lives on for another week. Questions about the looming schedule and contracts make for fun chatter on off days but somehow, someway Liverpool still have all to play for. In truth, this could be the final run for the current squad and what a run it could well turn out to be.