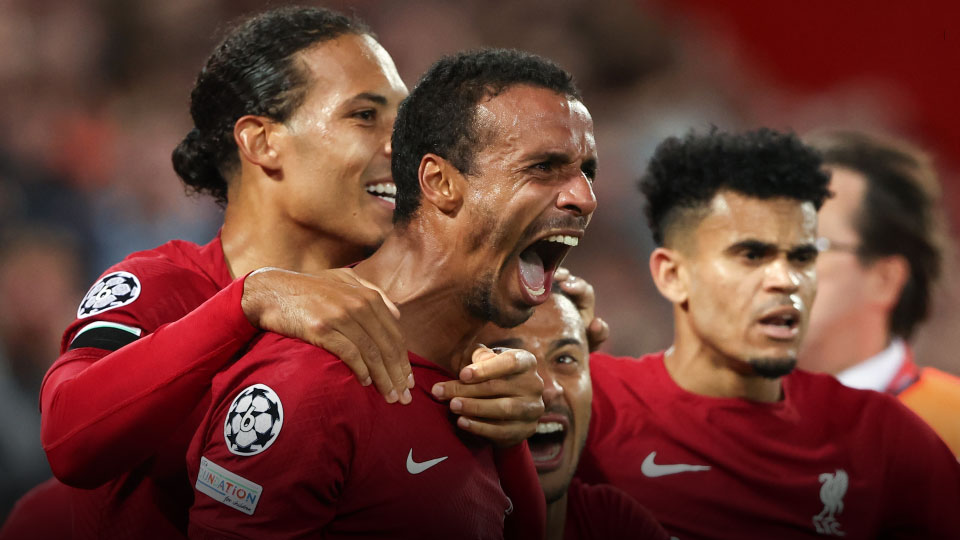 Imagine you have never watched/followed/or even heard of sports. How bizarre must it be to try and understand the pain, anxiety and sometimes jubilation that comes from watching professionals play a game. Why would anyone put themselves through the ringer like this? The buildup and hype of a big match and then the letdown when results don’t go your way or the absolutely gutted feeling that you have to carry with you after a bad performance, with the glimmer of hope that things will turn around. It’s chasing a high that is not guaranteed when even the greatest to ever do it have met with failure. And yet, it still gives us that thrill of the unexpected, the sheer drama of witnessing something that feels like a miracle or the constant chase of the elusive perfect performance.

For a good many of us, life can feel very routine. In fact, a lot of people might secretly prefer things that way. To know exactly what is expected, where to go, what to do and not have the sense of the unknown always looming in front of you. So to break free of the humdrum, to get that fix of feeling led off the edge and not knowing if you’ll soar or fall can be done safely from the perspective of being a fan. All of that is to say, rooting for Liverpool can often feel like that very moment when you’re not sure if you’re about to fly or land with a thud, especially of late.

One thing that is absolutely beyond dispute is that the team under Jurgen Klopp are rarely boring. They play with such a desire to attack, to score, to take the game to their opponents that every match has the potential to be thrill-a-minute. For several years now, they’ve played with such precision that victory seemed inevitable and the performances were so consistent that things began to be taken a bit for granted. Yet, what was always in their DNA was the late-game dramatics. From the Lovren extra-time winner against Dortmund through Origi against Everton or Barcelona all the way through the recent match with Ajax, what Liverpool possess is that rarest of qualities only a few teams can conjure: that things can still happen to the absolute bitter end. Much like Fergie Time with Man United or Real Madrid’s crazy run last season, an entire match can be swung with literally seconds remaining and anything becomes possible.

Really, that is all a fan is asking for, the belief that victory is still on the table. Nothing is more dispiriting than watching a match where the intensity and outcome have petered out in the end. It’s why in American football, fans are always pissed if a coach decides to play it safe and go for a tie versus a win. In that same way, the teams that thrive on continuing to fight and create chances will be rewarded with passion in the stands because collectively, we are all chasing that high of victory together. It feels that much sweeter to grab a victory than to settle for a tie. Your heart may ache and you may be met with failure anyway if you play it safe, so why bother going that way anyway? Very much like love in fact.

To briefly sum up the Ajax match: this was closer to the Liverpool we all have grown so passionate about hunting for the ball in packs, creating chances and more often than not slamming the opponent’s progression shut before it can be built up. It’s already been talked about everywhere but what a difference Thiago makes in midfield. What he is able to do, by being the master weaver of possession and always seeming to pick the exact pass or tackle to start or stymie is what makes the team tick. The effort will always be there but recently, the team has felt disjointed, with a defence constantly caught flatfooted and an attack that creates chances but never in a sustained fashion, Bournemouth aside. The constant factor is that Liverpool need to dominate in the midfield because that is where all the pressure can be built or eased depending on possession. When they are able to dictate through the middle of the park, they play to their highest potential. It has happened far less this season so far and that can be chalked up a bit to injuries, to loss of form and perhaps to the hangover from the last few seasons all catching up. Yet, Liverpool have found a way to slog through and remain within striking distance everywhere.

The sky is not falling and whereas other clubs would surely wish the owners and management were impulsive enough to get rid of Klopp after a slow start, hopefully, cooler heads will prevail because the season is long and he has built up the cache to get things back on track. As the season hits a little unexpected break, now is the time to remember why we root for our teams each game: we want to feel something. It might be frustration or humiliation at times and even the victories can go from sweet to yesterday’s news quickly but each swing of emotion helps the heart to beat harder, stronger and faster. It’s what it means to be alive. And why we come back each time, ready to perhaps fall down or soar back into the skies again.