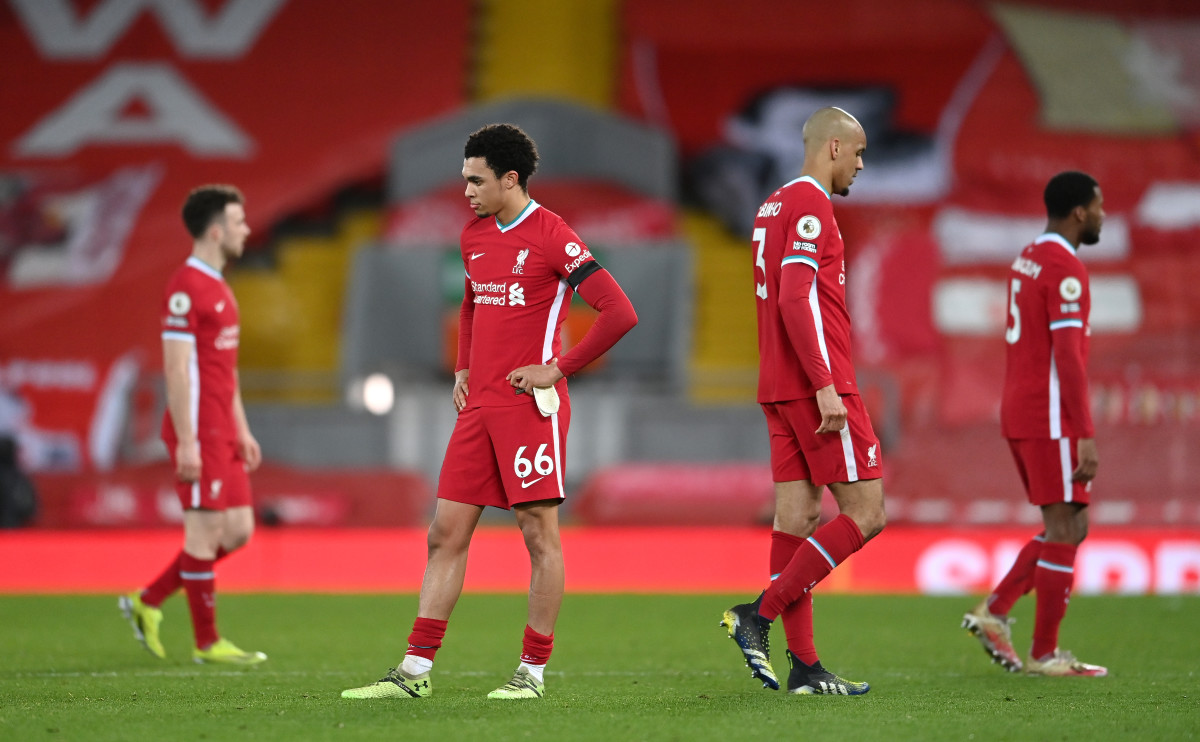 On being invited to submit an article for LFC Online, I resolved not to attempt to explain what have become shameful, embarrassing and abject recent performances.

However, after witnessing a display against relegation-threatened Fulham, that resulted in our sixth straight home league defeat, and that even by recent standards, reached depths I’ve rarely witnessed in almost 50 years of supporting my home town club, I feel compelled to break my promise.

It’s no surprise that Liverpool have struggled after finally winning the top-flight title after 30 years of hurt. Even before a ball was kicked this season, I never expected us to retain the Premier League crown. There was always going to be a drop off in intensity, and sadly, desire.

The weight lifted from the whole club, in winning our nineteenth championship crown, that had become akin to a suffocating blanket of expectation since 1990, whilst simultaneously watching our biggest rivals up the East Lancs Road overtaking our record haul of title wins, almost excused the club an air of self-congratulation. Of resting on our laurels. On the club taking the view that a turn over of two or three players wasn’t required. That there was no need to bring in at least two world-class additions, and that FSG didn’t feel compelled to blow the cobwebs off their chequebook.

Whilst a season-defining injury to the best centre half in the world, could obviously not be anticipated, having already, and quite rightly, let Lovren go, there was an obvious need to buy another top-class centre half. The fact that Gomez so soon followed ‘our number four’ on to the treatment table, only further emphasised that need, but the requirement was already there.

Equally, the loss of our captain from the responsibility he had in midfield, to encourage, cajole, and occasionally berate those around him, along with setting the tempo of the press and our passing, was as significant as the loss of Virgil. Of course, Fabinho, one of the best defensive midfielders in the world, then being forced to partner one player after another at centre-half, has too often left the midfield short of assurance and leadership. For all of Wijnaldum’s undoubted qualities in retaining and winning possession, it’s rare that he hits a defence-splitting pass; indeed he passes it sideways or even backwards all too readily.

The deficiencies in midfield, due to injuries in defence, have exposed many of our squad players for what they are. Squad players; frequently unavailable due to injuries, and even when fit, not good enough to demand a starting place without the bulk of the mainstays of our Premiership winning eleven playing alongside them.

The best ability is availability, and though the following players have undoubtedly been unlucky in picking up so many injuries, they, even when picked, fail to lift the team often enough to be retained by the club.

Keita. See above, but minus the big goals.

Shaq. As Keita, but without the energy or defensive nous.

Milner. Probably one of the very best free transfers in the club’s history. An incredible professional, and invaluable substitute when defending a lead, and unrivalled game intelligence. However, his performance against Fulham was surely the final proof that he’s a mile off being good enough to start games.

Matip. Undoubted ability and agility, with more than occasional offensive passing that start dangerous attacking opportunities, but just too often injured to be reliable. How often does he play even half a dozen consecutive games?

Origi. Forever a hero for obvious reasons, but those reasons cannot sustain a career in a Liverpool shirt beyond this season. He’s been given enough chances this season to prove his worth and has failed to even look interested much of the time, let along affecting a game.

Finally, and it’s difficult to write this, given his contribution to the quite wonderful football the team has produced for three years prior to this season, but Bobby needs to be released. I’ve only really reconciled myself to this since Christmas. He no longer impacts the game consistently enough. His goal-scoring, never his greatest strength, has declined further, whilst what was always a lack of pace, has recently descended to something akin to walking pace. He deserves huge and ever grateful thanks for his huge contribution in taking our club to the summit of both European and domestic football, but the front three desperately needs refreshing. The form of Mane has also dipped alarmingly in the latter part of this season, but Bobby’s decline has been obvious for some time, and Mane, like so many others, is surely more in need of a break from the intensity and frequency of top-flight football, more than he needs to be sold.

In putting together my first article, I’ve attempted to be objective in my arguments. I’ve attempted to not respond to recent results and performances, with a knee jerk and overly emotional response. But of course, football, our football club, we as supporters, are maybe more emotional than most. We can’t help it. We waited 30 long years to earn the right to be crowned English champions. Three decades of pent up frustration and all too infrequent possibilities of flying the champions flag above Anfield. We deserve to give ourselves a break. The players, the boss, the club, also deserve that. I only hope the mistakes of this season and last summer, are not compounded by an ownership that seems increasingly distant from the fan base, doing something utterly crazy, like sacking Jurgen. That way lies ruin and decline.

So try and enjoy, rather than endure, the rest of the season. You never know, we might just lift old Big Ears again.

Here’s to next season. (Harland or Mbappe ?).