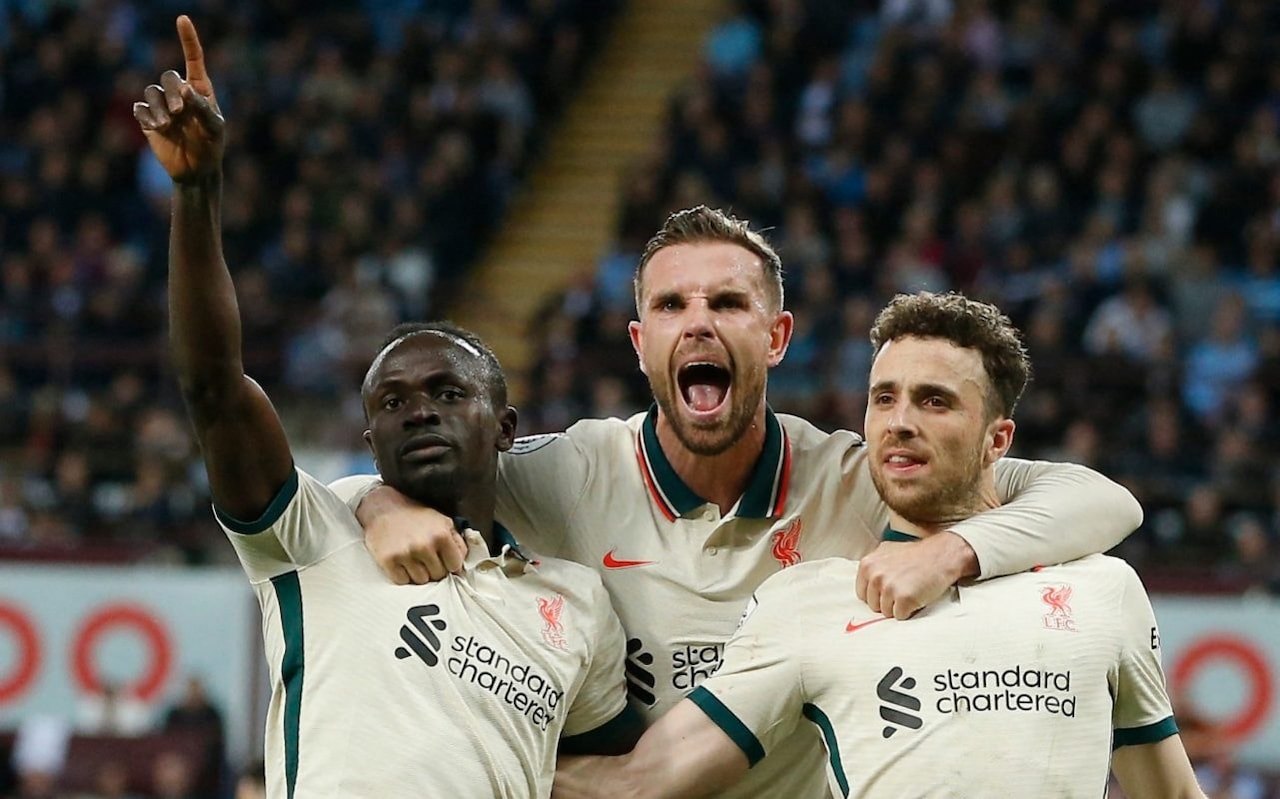 Jurgen Klopp rightly described this 2-1 victory as a ‘massive result’, with Sadio Mane once again securing the three points, with a headed goal at Villa Park. However, it will surely be a worry, that his team once again started poorly, conceded first, and looked a yard off the pace and intensity of the game for much of the first half.

Changing almost half the starting eleven, following the weekend’s disappointing draw with Spurs, a midfield of Naby Keita, Curtis Jones and Fabinho, looked out of sorts. Diogo Jota, playing between Luis Diaz and Mane also struggled, and it took another of the changes from Saturday’s game, Matip, to draw Liverpool level after a truly awful first five minutes.

With a backline which also included Kostas Tskimas, another who failed to match the standards of previous appearances, Liverpool paid the price for their lethargy within minutes of the kick-off. Alisson, who had a few nervy moments throughout, will perhaps feel he should have done better with the initial header, but having failed to do so, Douglas Luiz reacted quickest and prodded the ball home.

Liverpool’s lack of defensive cohesion was matched by Aston Villa’s, and it contributed to Liverpool’s almost immediate equaliser. With the Villa penalty box resembling a pinball machine, the ball eventually fell to Matip in the 6th minute, and from fully two yards, he levelled the game. Liverpool however, continued to look off the pace, disjointed in defence, and strangely indecisive in attack, with Keita particularly guilty of a glaring miss when in acres of space. The fluidity required in midfield was also lacking, and with Fabinho hobbling off the pitch before the half-hour holding his hamstring, Henderson’s enforced appearance allowed the visitors to get some control of the game, as the sides went in all square at the break.

Having won more away games at Villa Park than any other Premier League ground, Liverpool started the second half as if victory would be assured. They showed more positivity, taking the game to the hosts, but failed to take advantage of some promising openings. Villa though, never looked out of the game, and with Curtis Jones failing to take advantage of being given a rare start, he was replaced by Thiago, and just minutes later, Mane found the winner.

Diaz, looking more dangerous down the left, than when previously operating on the right flank, found himself inside the penalty box, and spotting Mane in space, hit a glorious low cross. Mane, another who hadn’t quite hit the heights of more recent appearances, arched his back and glanced a header past the despairing Martinez in goal.

In the final twenty minutes, with Villa pushing for an equaliser, Klopp brought Mo Salah off the bench to take advantage of the greater space Liverpool now had going forward. However, they failed to put the game to bed, even when it looked inevitable that they would do so. The failure to score a third goal ensured a nervy end to the game, with former red Danny Ings rightly having a goal chalked off for offside in the 85th minute.

Four minutes of injury time did nothing to calm the nerves, and Klopp could be seen rightly berating his players for failing to control the game late on. Referee John Moss, guilty of some truly bizarre decisions throughout, somehow allowed the game to drift into the 96th minute, but Liverpool kept their Premier League hopes alive with a vital, if deserved, three points.