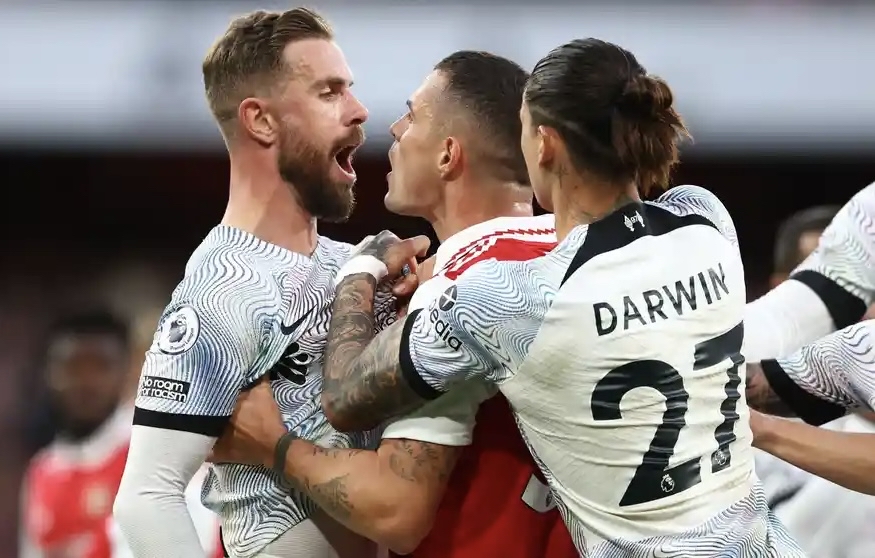 There was a shocking inevitability to this defeat. Mental and physical fatigue, poor team selection, and a scandalous lack of necessary investment; call it what you will, but there’s no denying, this team, this squad, is in trouble.

This week saw the seventh anniversary of Klopp’s appointment. During those seven years, high pressing, intensity and energy have been the blueprint for success. Of course, young, hungry, top-quality players have also contributed to the trophy haul. However, as so often this season, many of those qualities are on the wane. It’s now more than a blip, more than a phase, and a 3-2 defeat to a more energetic, intense, and frankly more mobile and skill full Arsenal, exemplified the problem.

Again, Liverpool fell behind. Again, it was in the opening minutes. Actually, it was after just 58 seconds. Again, Liverpool lacked intensity and purpose. Yes, they equalised twice, but a third leveller, once keystone cop defending culminated in Thiago giving away a penalty in the last 20 minutes, never looked likely.

Nunez, who’d equalised in the first half, before Liverpool naively gave away a second goal in the dying seconds of the first period, barely saw the ball in the second half, whilst Jota, to whom the ball looked a stranger, never had a shot on goal throughout. Salah, later withdrawn, also failed to trouble a resolute Arsenal defence, though Bobby continued his impressive goal-scoring record against the North Londoners, by dragging Liverpool level early in the second half.

It was though, an equaliser against the run of play. Arsenal were dominant, whilst Liverpool looked leggy. The home side looked likely to score with almost every attack, especially when Liverpool got caught in possession, with players stranded upfield, evidently unable to race back into shape.

It was that inability to show mobility that was most glaring. Fielding a team that’s one of the oldest in the league needs to be rectified, and quickly. Having apparently missed out on players during the summer transfer window, FSG surely have to blow the cobwebs off their chequebook in January. Even then, it will prove difficult to ensure Champions League football next season if this of performance doesn’t rapidly improve.

Having now fallen fourteen points behind the Gunners, and frankly looking way off a City side that Liverpool face next week, it doesn’t get any easier. Yes, we might have had a penalty, whilst Arsenal got awarded a soft one; and some tight calls undoubtedly went against them, have they had all season, but Liverpool just weren’t good enough. They’ve not been good enough for much of the season, and with Diaz leaving London on crutches, and Trent sustaining an injury to his ankle, the squad will again be stretched in the weeks ahead.