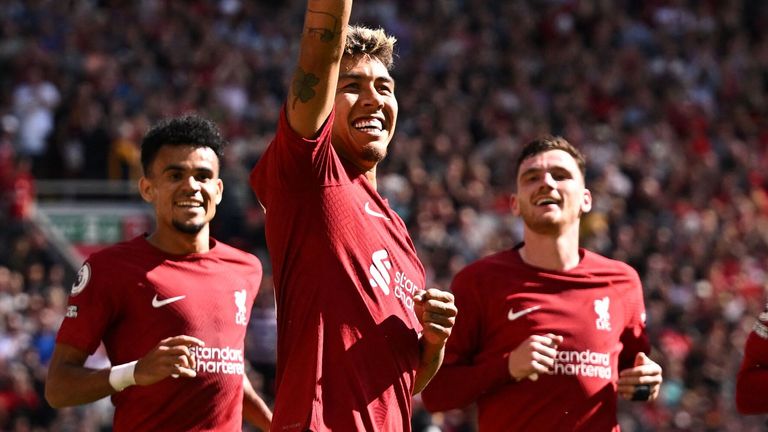 One of the most enduring moments that became a meme in recent times is the Michael Jordan: “And I took that personally” moment from his documentary The Last Dance which aired in the States in 2020. The moment came to represent everything about MJ the player and especially the competitor as in one phrase, he demonstrated how ruthless and calculating he was. Any perceived slight, even nonexistent ones, were fuel to the undying fire within and he would take out every bit of anger or aggression on his opponents to unbeatable levels. What it spoke to was that even with all he had accomplished, here was a champion that was forever proving himself and would respond in kind time after time.

Which brings us to today’s match against Bournemouth. Liverpool badly needed a response after a lacklustre start. There were even the very beginning whispers of the dreaded “Klopp’s 7th Year Curse” that were especially taking up steam in rival’s social media circles. More than anything else, Liverpool needed to play a full game and for the love of Kenny Dalglish, could they please score first finally? Well, score they did, and they kept on going and going until they’d not only put to bed any issues of whether this team had quality but completely made up any early season goal difference deficits.

It started early with a wonderfully taken Luis Diaz header and, from that moment, Liverpool meant business. As slow and hesitant as they’d been at Old Trafford, this game Liverpool were shot out of a cannon. Soon after Diaz opened the scoring, Harvey Elliott pounced with a sublime strike. Not to be outdone, Trent put all the chatter that had been swirling around him all week into a missile of a shot for the next. By halftime, the game was over. By full-time, it was debatable if the mercy rule should be called in. Klopp and Scott Parker even exchanged handshakes and commiserations with minutes to go, both knowing that these sort of outcomes are rare indeed and managers’ fates are sealed sometimes without it truly being their fault.

Bournemouth never looked up for this game frankly. Their setup seemed to invite Liverpool pressure and our press was relentless. The long demise of Bobby Firmino is thankfully greatly exaggerated and this performance once again reminds us how vital he can be if given the chances. I still maintain that he could prove a crucial cog in the creative midfield should Klopp ever want to tinker with the formation as his players return. Linking up play with his majestic touch and popping up at the right place to take his goals, this was a game to add to the long storied scrapbook he has put together in his time at Anfield.

Somehow, Liverpool put in 9 goals and Mo Salah wasn’t involved at all. He had at least a hat trick of chances that on most days he would bury and could have pushed the final tally well into
double figures but somehow, it was not to be. Still, his hunger and desire to be involved and push play opened up chances for his teammates which is just as important.

There’s an old cliche about momentum in sports, how it begins and ends with every game since it’s usually a new opponent on a new day with new circumstances and that is absolutely true. What is also true is that confidence can breed luck and results. After last week, Liverpool looked like a squad that was not completely together or believing in themselves. As hard as it was to sit through, it led to this result, where everything that they have done and worked for during Klopp’s tenure came through in spades. This result is only 3 points and plenty of work needs to be done as the games are coming fast and furious. Still, the confidence, almost the reminder, of who Liverpool are as players, was essential.

In the same way that no one would actually really doubt the ability and power of Michael Jordan, any doubts that can creep in must be swiftly dealt with to avoid it becoming the new normal. Such are the standards that Liverpool and Klopp have set that frankly not scoring 10 goals may leave some fans disappointed. All it means now is that the season has finally kick-started. The squad may still need a fresh addition or two if the injuries don’t heal up fast but what is very encouraging is that Liverpool took it on the chin, took it personally and then got back to doing what they know how to do.