HomeViews and OpinionsLiverpool FC - The Good, The Bad, and The Ugly - Week... 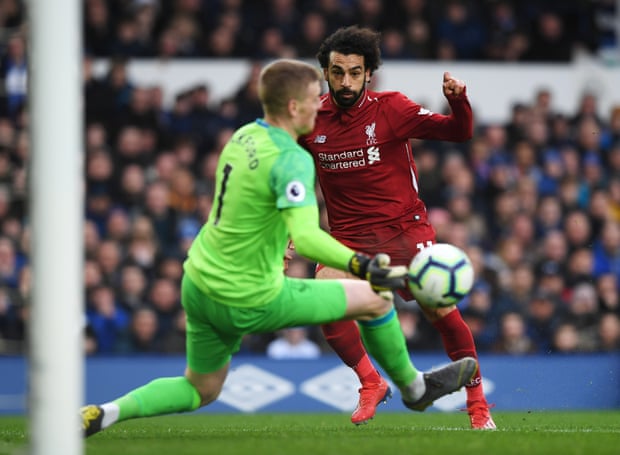 Putting five past Watford, a draw to the neighbours they couldn’t afford. A derby full of passion, running and heart is not enough now the real business starts. The Blues of Manchester set the pace, as Liverpool slip to second place. The Good, The Bad and The Ugly, another week reviewed at the world’s favourite football club Liverpool F.C.

The win over Watford in the midweek fixture. A superb performance over a team that many have underestimated this season. Liverpool really were good value and the Watford Gap couldn’t be wider these days.

A brace for each of Sadio Mané and Virgil van Dijk and one from Divock Origi sent the Reds back to the top of the Premiership. Watford played as if they knew their fate as soon they stepped off the team bus. The Hornets were no threat on a night that seemed to suggest Liverpool were back on track. Scoring goals at will and generally just taking the you know what.

There is also word that Alex Oxlade-Chamberlain and Rhian Brewster are close to returning. Some depth in the squad has been severely lacking in recent weeks. Which brings me not so nicely on to…

Managing just a point from the derby yesterday. Generally the games at Goodison are quite poor in any case and that was what I expected.

Truth is though, watching the game yesterday was like watching paint dry. God was it awful. That’s likely what Everton would have wanted but I’m not so sure liverpool had to graciously oblige. Even toward the end I’d say the Blues had the better of the Reds in fairness. You could call it the better of a bad bunch.

Jürgen Klopp asked after the match “Who wants to be top of the table at the beginning of March? It’s nice but there are lots of games to play” That’s one way to look at it but to be honest, I would. Many other Liverpool fans would take that also. Yes you want to be first come May but it won’t do any harm to be top now too.

I struggle to find a Liverpool player that stood out. Perhaps Fabinho stood out for me and perhaps Gini Wijnaldum. The strikers were wasteful at best. The defence was so so. Against better opposition, I couldn’t see the Reds coming out of that game with anything. I guess when all is said and done, Everton brought Klopp’s team down to their level and fair play to them.

The fact that Divock Origi gets into the side before Daniel Sturridge. This is scandalous in my opinion. The former Chelsea forward is a proven goal scorer and I don’t believe there are many Liverpool supporters who understand Klopp’s preference. Basically it’s down to personalities. It cannon in this world or the next be due to footballing ability that’s for sure.

I’ve said this previously and I’ll say it again. Sturridge has the ability to get this stumbling team – and manager for that matter, out of jail this season. If given the chance, it’s likely he will given the current performances we’re seeing.

Barring the Watford game, I’ve not seen anything from this Liverpool team since Christmas that leads to me to believe they should win the title this year. I hope I’m wrong. I’ll happy eat the largest humble pie in history if I am. But for now, I don’t think my stomach has anything to fear.

Klopp blamed the wind on Sunday. Really? The fact is simple, he’s playing the wrong players.

Next up, we have the visit of Burnley next Sunday. Let’s hope there’s better news to report.