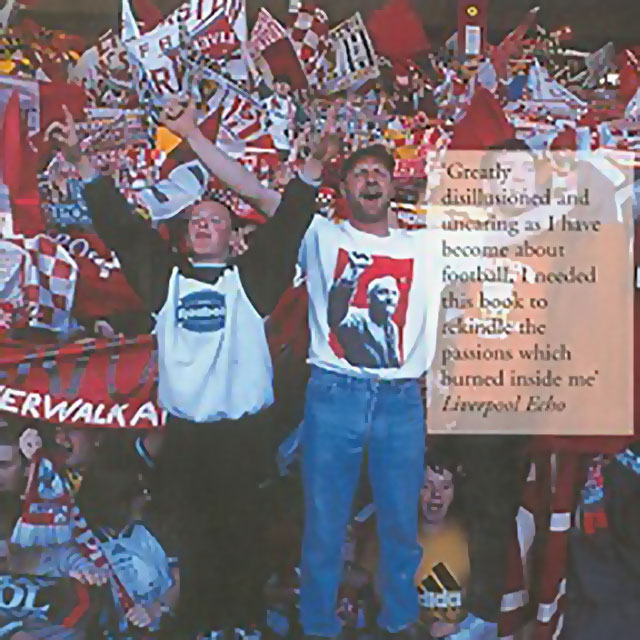 Relative of mine. Good decent person. From the same working class stock as myself.

Has done well and lived the past twenty years or so in what used to be termed leafy stockbroker territory [now, of course, distinctly the dominion of yer average thicko Premier league footballer]. Works in a thriving rural market town. We were having a rare conversation about the state of the country. Refutes emphatically any assertions by yours truly that there are people out there who struggle to make ends meet, who walk round in the same tatters for weeks on end, whose last square meal nourishment was when they still had school dinners, whose brothers and sisters wouldn’t recognize their father if he was standing next to them at the bus stop. You know the drill. If you don’t then I suppose you’re better advised to stop reading now.

Anyway, my polite insistence that my relative was, shall we say, a trifle out of touch eventually met with its targeted destination. The dawn of realization that ‘not everything in the fuckin front garden is rosy just because it’s not on your fuckin doorstep’ was a sight to behold. For this was not some uncaring arsehole with whom I was talking. Rather an ordinary Joe/Josephine who’d just happened to have evolved down a slightly plusher avenue than some others I know.

“What can be done about it?” is the usual ponder of decent folk when confronted by such harsh realities. “Fuck all” is the realistic reply. “Fancy another bevy?

So I was waiting in an unprepossessing boozer for a mate from Canada whom I haven’t seen for many years. Actually it was a gorgeous majestic boozer in the city centre, the sort Liverpool excels in. Two guys sat near me. You know the types if you’ve been in these sort of hostelries. Within five seconds flat of sitting down, you’ve entered their lives for the fleeting cameo of your encounter. Their interests, their families, their jobs, their prospects, their illnesses, their entire lives for Chrissakes are there on a plate for you to take or leave. Personally, I always take and at the same time offer them the bits of my own that I feel will strike a chord with theirs. In which case, invariably, the conversation gets around to footy.

The younger of the two was the most garrulous, so I’ll stick with him. By way of introduction. South end. Welder’s mate at Cammel Lairds. Three grown-up kids. Two grand-kids. One more on the way. Forty nine. Followed the Reds all over the show till 1986. Never missed a game.

One night he was out of work and round at his dad’s. His dad asked him why he wasn’t going to the match. He said he wasn’t arsed. His dad knew the score and went to the housekeeping jar and got him out the money for the match. His son took it off him and was walking out the door when he stopped in his tracks, thinking “what the fuck am I doing? Me arl fella’s on his uppers and here’s me taking his last few pennies while those bastards are strutting round like Jason fucking King.” He walked back inside, returned the hard earned money to his dad and he hasn’t been to a game since. Probably, the saddest comment he made was when he told me he doesn’t even look out for the Reds’ result any more. “The club means fuck all to me nowadays”, were his precise words.

Somehow, the entire thing seemed surreal. There was me a Red of some forty five years wearing my navy blue jerkin with a little white liver bird emblem. Still a loyal supporter. Then there was my new found ale house buddy, no longer a Red but with the legacy of his past clearly visible for all to see. I’m not sure which of his tattoos impressed the most. The LFC on the right forearm was livid. Shanks on his left forearm was a real tearjerker. The piece de resistance, however, was undoubtedly the Liverbird on his chest. Sometimes, you know, it really is difficult to fit all the pieces together.