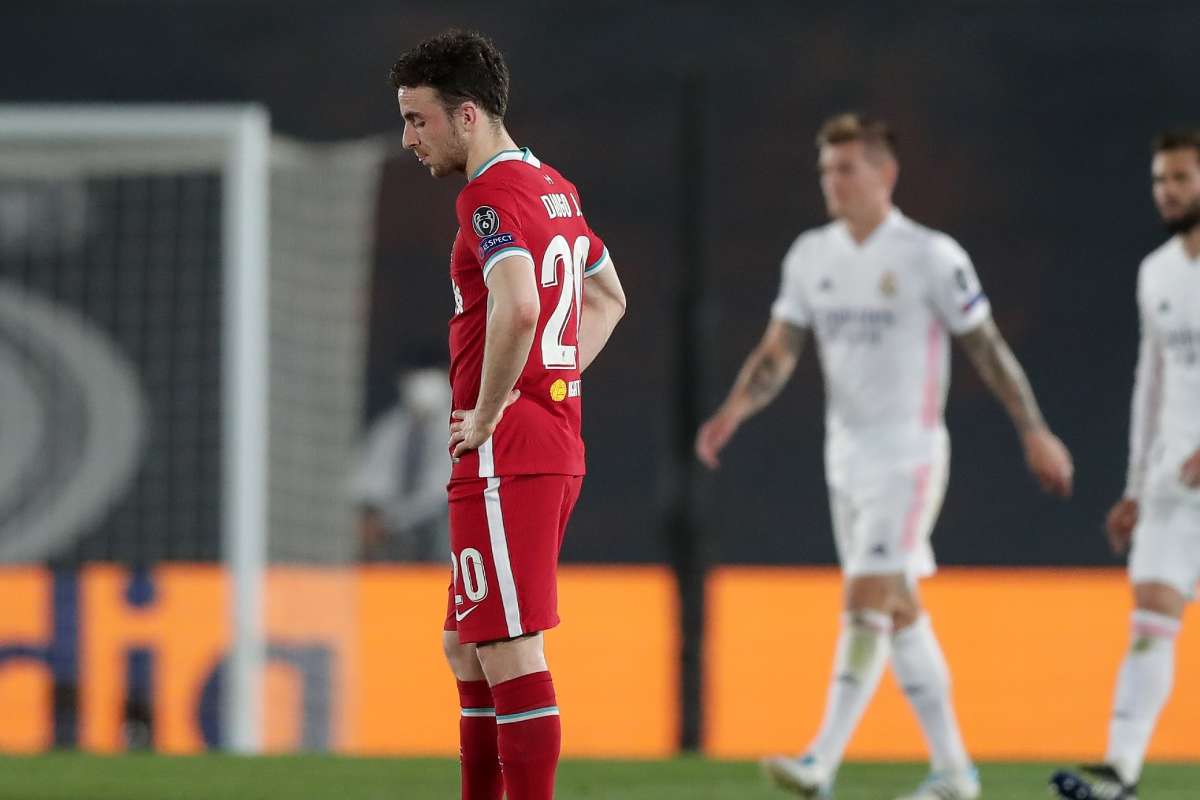 It was just before half-time, that Jurgen took off Naby Keita, who though not alone, was having a torrid time in midfield. Unfortunately, by then, we were two-nil behind an energetic, focussed, and relentless Real Madrid team, and if truth be told, it could have been more.

Whilst Keita, was probably most at fault, for a first-half team display, that lacked both intensity and intent, a centre back pairing that was shown to be out of its depth in the rarified air of club football’s premier competition, also contributed to a nervous and hesitant performance. I’d go as far as to opine that the first forty-five minutes was amongst the worst this season; though Thiago replacing Keita, plus a willingness to play positively, and on the front foot, at least led to Salah grabbing a precious away goal early in the second half.

Though it momentarily looked as though we might go on and grab a second, Salah’s 24th goal of the season, simply galvanised Real Madrid into soon re-establishing their two-goal lead. With the third conceded, due once again, to a lack of alertness and focus in defending, the momentum swung back to the Spanish giants. Modric and Kroos, as in the first half, dictated the tempo and play in midfield, Liverpool passed backwards and sideways, and it wasn’t until the final ten minutes that the Reds had any further sustained possession.

However, possession on its own never won a game of football, and unable to play through a disciplined and alert Madrid rearguard, a second goal for Liverpool never really looked likely. Indeed, Madrid should have added to their total, alarmingly catching us on the break numerous times; on one occasion, just seconds after another Liverpool corner that Courtois easily gathered, and had it not been for Trent, they’d have surely added a fourth.

So the experiment of playing Keita in place of Thiago didn’t work. Naby may well be impressing in training, but I have my doubts on whether he has the discipline or technical ability to ever secure a regular place for Liverpool. Equally, a centre half pairing that’s good enough to get past a woeful Arsenal team, or a less robust Wolves eleven, is found wanting when up against the quality that teams like Real Madrid possess. It’s not the fault of either Kabak or Phillips, and either one alongside Van Dijk may be a different proposition, but it’s just where we are as we approach the tail end of the season.

Of course, the tie versus Madrid isn’t over, and a full and pulsating Anfield can inspire Liverpool, but like so much this season, the pandemic has made that prospect impossible. That’s not to say, we won’t progress. This manager, these players, our club, are capable of extraordinary things, but Real Madrid will certainly be thankful that Anfield will be empty for the second leg.