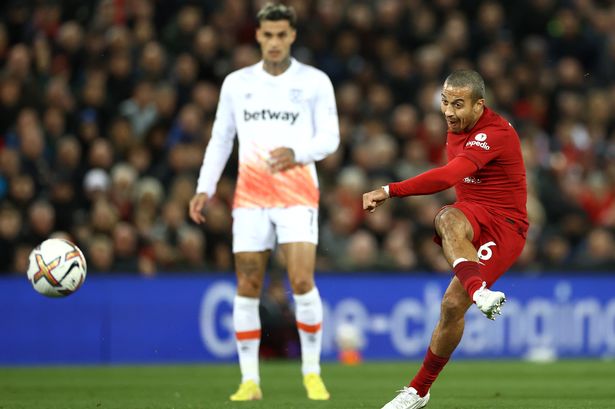 Two 1-0 results, two very different dynamics, but most importantly, two big victories and clean sheets. For the first time all season, Liverpool have found a degree of consistency that can allow for the claxons and calls of panic to quiet down.

Much has already been written about the victory over City but what wasn’t known until today was whether that would act as a climax to the season or the paradigm shift required to bring the Reds back into business. Thanks to the continued brilliance of Allison, it appears now that there will be a full season yet to come. Which, if you ever spend any time on social media, and I advise that you DON’T, seemed in doubt in the build-up to the last few matches. Many looked at Liverpool’s indifferent start to the season and were rubbing their hands together hoping it was the start of the decline. The team has looked leggy for stretches and not at all in harmony when it came to transitioning or defending. Injuries and a constant shuffling of players haven’t helped but make no bones about it, Liverpool have been mediocre to poor for stretches of the season so far. The Bournemouth victory may well have been the false dawn but after 3 wins in a row, things are starting to turn around again.

With truly great and sustained success, there will come many moments when you will get knocked down when things will go from being so easy to feeling impossible and it is only if and when you push beyond those that you can climb even higher. In seasons past, the gritty 1-0 victories would be hailed as vital cogs in champion mettle, in tactical acumen and veteran leadership coming through. This season, since so much has been a struggle, these victories now have the rose-tinted glasses a bit removed and the weaknesses are magnified. All of which is totally fair. Trent still needs to improve his spatial awareness when tracking back and there still is a bit of brittleness at times in the midfield that will only be mended with repeat performances.

And yet, and yet…. somehow Liverpool find themselves just a few points out of the top four. A sustained run of form through to the World Cup could find them right back in the mix and hopefully could mean reinforcements and return from injuries.

The hard work remains but this squad have shown they are up for it. Many had been writing the obituary for James Milner the last month or so and again, to rely too much on someone approaching that many miles in his legs is risking it. Yet, somehow, Milly has pushed through that period and continued to perform. The same can be said for Mo Salah, who needed a brief rest to recharge and has proven yet again that he is never going to take a challenge laying down. He looks more lively and eager to embrace not just the main attacking option but also as a link-up player, which will only enhance everyone around him.

It was always unfair, frankly, to compare him to that other high-profile new striker to come into England. Haaland has been performing at a high level for several years already whereas Darwin has only recently burst into the scene. What both have proven already is that they will be forces of gravity for their squads full stop and both Pep and Jurgen are trying to do two tricks at once: bed in new talent while changing formations. It has certainly gone more smoothly for City so far, but Liverpool have already found a way to claim two victories against them in this early season.

Nunez made life much harder for himself with the foolish red card that threw his development and time on the pitch with his teammate into disarray for a while. Slowly but surely though, he is starting to click better with them. He still needs to keep his head up more often and perhaps be a bit more unselfish as he had some clear chances to setup teammates, especially against City. Call it the pressure to perform, to make up for lost time, or the striker’s mentality, but it’s a line he must learn to walk and from all early signs, he will. He’s been through it already this season and has come back hungry and more determined than ever. His header was wonderfully taken and was the fulfilment of all the promise his signing signaled. His work rate and ability to make himself available as an outlet and holdup player will only become more consistent and with his teammates understanding his runs better, the chances will continue to present themselves.

It was always going to be a bit of a letdown after the City match. In American sports, we call these sort of games “Trap games” because they lay in wait for teams to spring up after an emotional victory the game before. That Liverpool were able to keep Anfield the fortress it is, allows the momentum to keep building.

Remember, it IS still early. We have yet to hit Halloween. All the ghouls and spooks hopefully have already haunted Liverpool enough this season and now it’s their turn to put a real scare back into the league.