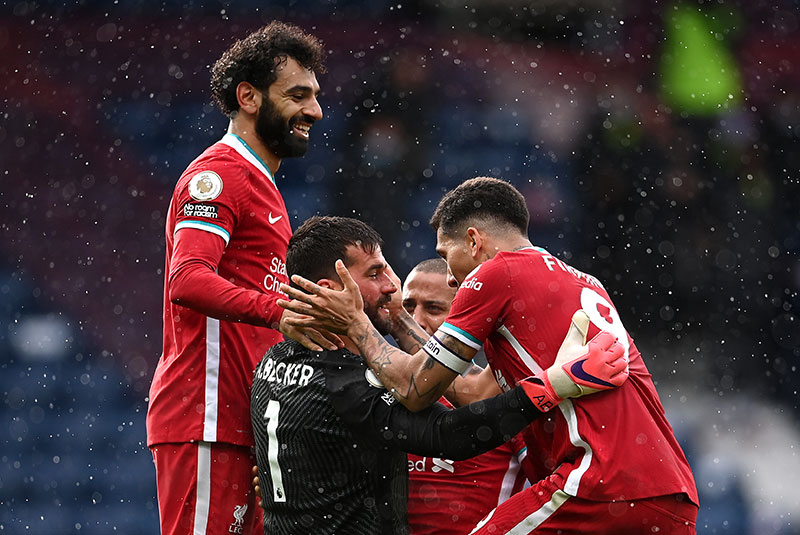 To misquote an old adage, defence is the best form of attack.

And so it came to pass. With just seconds remaining, despite ‘Big Sam’s’ post-match protestations, Alisson Becker became the first goalkeeper in our illustrious club’s history, to score a goal, and what a goal it was.

Like most of you, no doubt, I’ve watched that sublime top corner header time and time again, and even with our record-breaking habit of scoring winning Premier League goals after the 90th minute, I still can’t quite believe it.

Prior to what could become a season-defining moment, our wastefulness and lack of composure in front of goal, let alone our inability to even hit the target, looked like costing us three points. Chance after chance went begging. Mane, Trent, Thiago, and late on, Gini, all missed the target from within the eighteen-yard box. Possession stats may indicate domination of the game, but in truth Albion’s keeper barely had a save to make.

Indeed, Alisson was the busier keeper, coming to our rescue several times, long before he dramatically, and quite astonishingly, placed a perfect glancing header into the roof of the West Brom net.

Two more wins, barring mathematics that even an arithmetic genius would struggle to explain, will see us playing at the top table of European football next season.

Oh yeah. Where oh where would we be this season without the consistency of Mo Salah. Surely a shoe-in for Player of the Season.