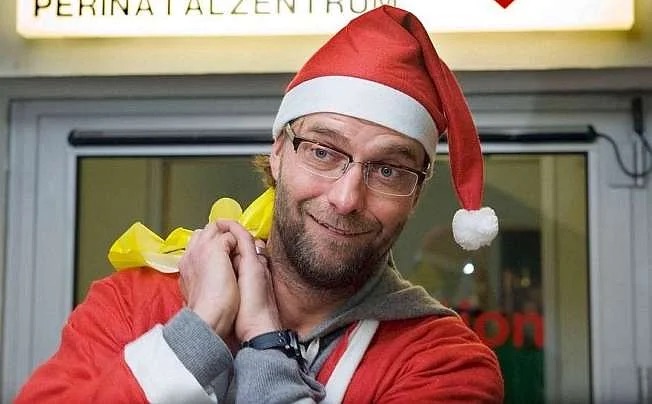 1. Sign Mo Salah to a three-year extension, with a weekly wage in the £350-375k a week range. That would bring him into the upper echelon of earners and guarantee Liverpool hold on to him through what looks almost certain for his extended prime of age 34. He has expressed more and more desire to stay too, which serves both the club’s present and future. Players and agents alike notice how top players are treated and if Liverpool have a reputation of taking care of their own, it’ll enhance future moves.

2. Have Jurgen Klopp sign an upper-management agreement for when he ends his tenure as manager. In a perfect world, Klopp would manage Liverpool until 2030 but he has been vocal about eventually needing a break from the sidelines and he’s earned it whenever he calls time. Yet, he has become so tied in with Liverpool, even saying so himself recently, that the club must make every effort to keep him in the building and bring him upstairs, perhaps in a similar vein as what United plan to do with Rangnick.

3. Sign James Milner to a coaching staff position or another one-year extension. The ageless one does so much more for the squad than on the pitch alone. When he is not playing, you can see him coaching, cajoling and offering guidance to his teammates from the sidelines or bench. Call it a hunch, but he looks destined to make a mighty fine manager someday if he chooses to pursue it, so keeping him in the fold is essential.

4. Get through the next two matches without more COVID or injuries to hit. Easily the biggest uncertainty remains COVID and how it can pop up suddenly to even fully boosted players or staff. If Liverpool can get through Leicester and Chelsea with a full squad, their chances of keeping pressure on City increases dramatically. That goes hand in hand with…

5. Let AFCON go off safely. Though talks continue to mount about postponing the tournament again, as of now, it still looks on. Losing Salah, Mane and Naby will hurt the team significantly but all we can do is wish them good luck, good fortune, and most importantly good health. Should any of their squads make a deep run and I wouldn’t be shocked if they do, that’s an extended period of time away from the very controlled environment at Liverpool. Hopefully whatever protocols are in place are followed to the hilt and before we know it, they are back and ready to continue the season.

6. Make some smart signings in January. With Big Nat almost certainly leaving, there will be some player shuffling to come in the next few weeks. Especially needed will be cover for the departing AFCON players. Liverpool have been among the best in the world at creating and scoring goals this year, but filling that void will be a big ask. Finding one more wing and perhaps another midfielder will go a long way to shoring up the team and keeping us in prime position for when Salah, Mane and Naby return.

7. Sort out which of Haaland or Bellingham makes more sense for the squad in the summer window. All the talk recently is that Liverpool have jumped to the top of the list for Haaland. It’s exciting not just because he’s a sensational player but it speaks to the esteem the club has reached in world football. Instead of being scared our top players will be casting eyes elsewhere, the biggest players now view Merseyside as a destination. The real question now is, which better fit the squad? If we had City money, the simple solution is to buy both, but it will most likely only be one at best.

With the squad as-built, Bellingham might actually be the better choice as the midfield is right at the edge of its prime and he could slot in to help continue to dominate well into the decade while still maintaining the Klopp pressing style. He’s a built-in heir apparent for Henderson or Thiago. Bellingham, a healthy Harvey Elliott with Curtis Jones and the vets still there would make for a sustained title window.

Haaland is an unbelievable talent, but with each week Jota continues to show that he is going nowhere. Salah, if he signs, is as close to a given as there is at the moment, which leaves Mane as the member of the front 3 most likely to leave. Yet, Haaland has thrived as the central striker up top and bringing him in would lead to a radical re-shuffle of the playing style. Top teams of course must always be adapting so it wouldn’t be unreasonable to see a new Liverpool formation either. Should either find themselves in Red come next summer, they’d drastically improve the squad.

8. Finally, and most important of all, may this holiday season bring good health and comfort to all those in need. We are all fortunate to be alive at this time and moment despite the hardships and uncertainty. Stay safe, spend time with your loved ones if you can, or at least check-in and call them up. We’re all in this together.