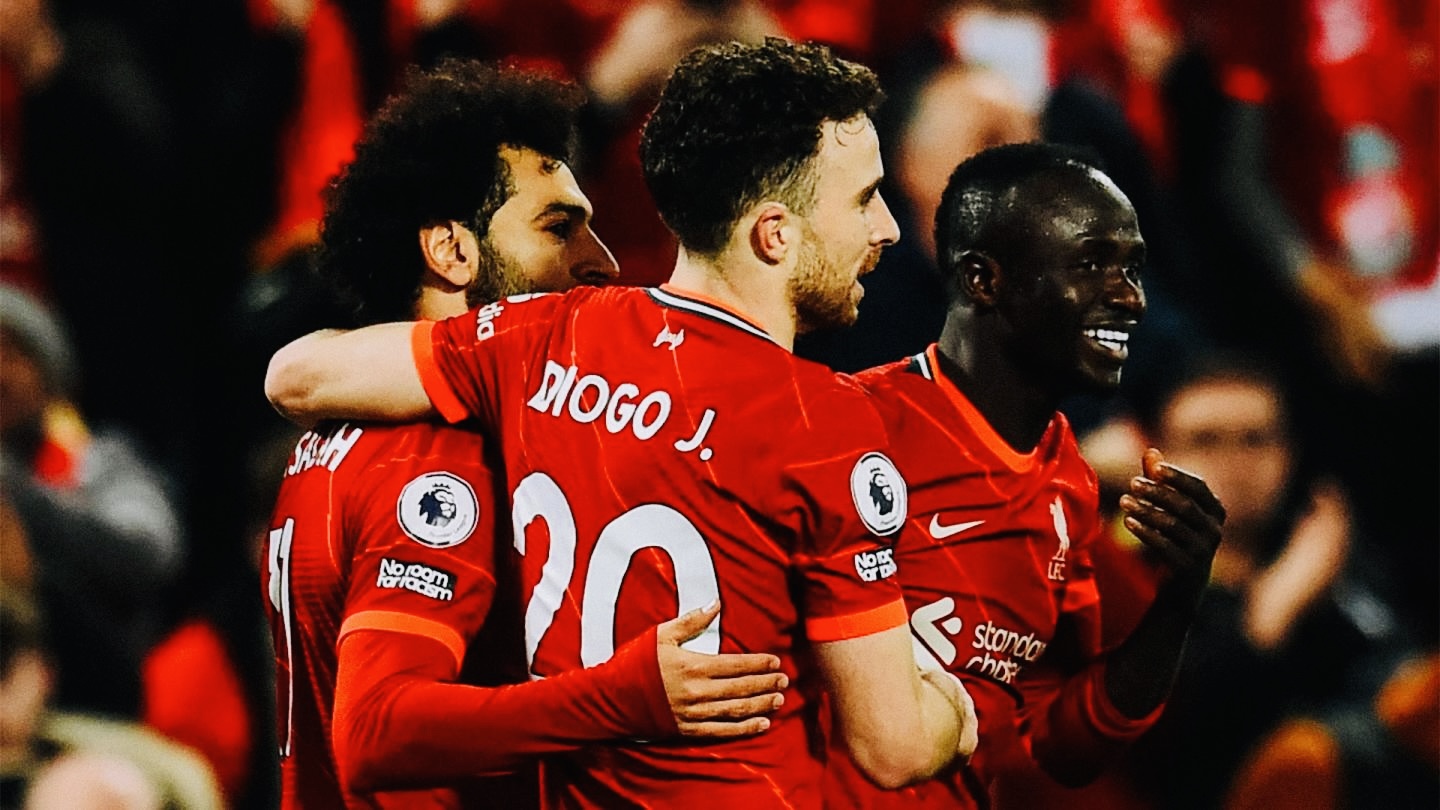 A thunderous 25-yard strike from Trent Alexander-Arnold in the 87th minute, secured the three points for Liverpool, in a game in which former Red, Jonjo Shelvey had given Newcastle an early lead. The inevitable Mo Salah strike had followed a controversial equaliser from Diogo Jota, in an Anfield eleven that was without both ‘our number four’, and Fabinho.

Just want to watch this over and over again 🚀 pic.twitter.com/VVojVlA9XB

Those worried that positive COVID results for Virgil, Curtis Jones and midfield linchpin Fabinho, might provide Eddie Howe’s men with an opportunity at Anfield, were presented with the evidence of such concern in the seventh minute. With Thiago displaying his accustomed level of defensive liability, he presented Shelvey with the ball just outside the penalty box, who accepted the gift with glee and curled a lovely cultured strike to the right of a flat-footed Alisson. Then came the moment that will no doubt make the headlines.

With two Newcastle players on the ground in their own penalty box, from what appeared to be a clash of heads, Jota equalised, by bundling the ball home following a point-blank save by Dubravka. The complaints from those in black and white were that referee, Mike Dean, should have stopped the game. However, he chose not to, the goal stood, and the momentum was back with Liverpool.

Liverpool’s second followed soon after, when Shelvey played a blind backward pass, presented the ball to Mane, whose shot, whilst falling to the ground, rebounded to Salah, who stroked the ball home. It was the Egyptian’s 15th consecutive goal involvement, and put Klopp’s men on the way to Liverpool being the first team in English top-flight history, to record 2,000 league wins.

More goals for the home side looked inevitable in the second half. Yet, with Newcastle deploying a more solid defensive shape, and Liverpool’s players far too often taking too many touches, the tempo of the game dropped. Indeed, at times, the game resembled walking football. Newcastle always looked like they could snatch an unworthy second goal on the break, but it wasn’t until Trent hit his thunderbolt, that the much needed three points were secure.