HomeNewsTrent happy with three on the bounce

Trent happy with three on the bounce 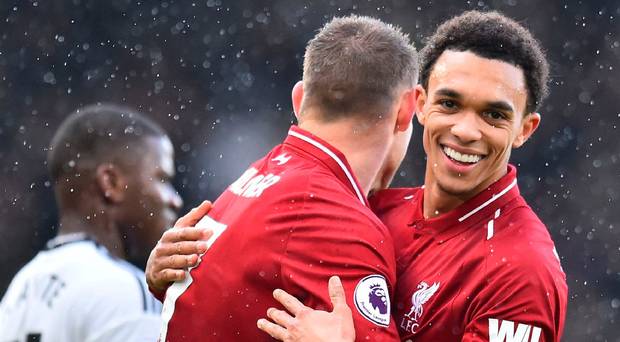 Trent Alexander-Arnold is delighted that Liverpool’s form has returned at the perfect time.

Consecutive wins over Burnley, Bayern Munich and Fulham have seen Jurgen Klopp’s men progess into the quarter-finals of the Champions League and maintain their push for the Premier League title.

“To be able to bounce back and show our character was good for us,” the defender told the official site.

“These are the ones that maybe go unnoticed during the season, but they are vitally important for us. And I think we will probably look back at the end of the season and think that, whatever the outcome may be, this game was important for us.

“The full week – the goals we have conceded at home to Burnley, when we went down at home, it was tough going to Bayern, and then conceding a late equaliser against Fulham was tough.

“Mentally we have been through a lot of tests this week, but come out with three wins and that’s all you can ask from the lads.”

Thr international break has once again come at a bad time, but hopefully the Reds will continue their winning streak when everyone returns from their respective countries.