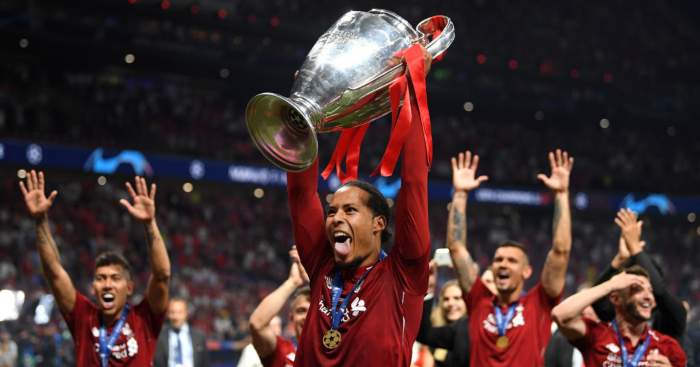 Virgil Van Dijk has been a colossus in Liverpool’s defence this season and, alongside Alisson in goal, the reason that Jurgen Klopp’s men have been so strong defensively.

When asked whether he can be compared to some of the greats in the game the Dutchman was typically humble.

“I don’t think I’m in that category yet, or at all at the moment,” he said. “But I’m feeling good, I had a good season, a good year. For me, it’s just the start.

Van Dijk was named PFA Players’ Player of the Year and the Premier League Player of the Season. Let’s hope for the same again next term.