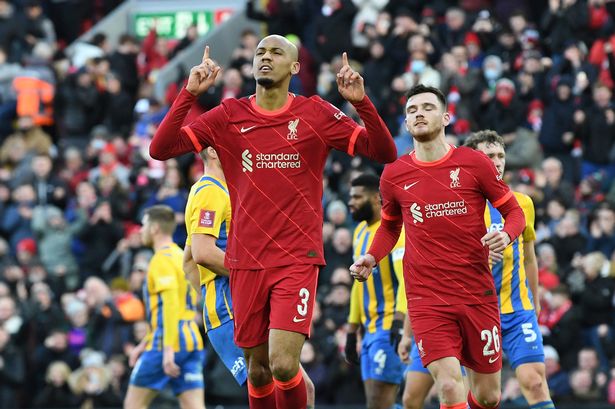 It was all set up. Liverpool came out with a veteran defence and academy attack, hopeful that this would be the kind of game they could see out. They had possession and were knocking the ball around the park, almost in a business as usual fashion. However, what became apparent very quickly was that while Liverpool have the spirit and the tactics down cold, what separates the first team from the young players is a pace and efficiency that only comes from world-class talent and experience.

Though the opportunities were still there, with both flanks being used, the pass and move back and forth happened as the game went underway; it all seemed a tad off. Slow is the word of choice if one had to be given. The interchanges were just not as crisp as when you have the full first team in there. Perhaps it’s the quality of the players, but it also comes down to the fact that so many in this team have been together for a while and have developed an almost telepathic understanding. Salah and TAA for example seem to just know exactly how hard or far a pass needs to go in order to move up the field.

The pace of the game itself seemed to be unfolding in this fashion. As if a cover band of Liverpool had taken the field and while they knew all the hits, it just wasn’t all there.

That’s when Shrewsbury struck and helped click something into focus. Full marks need to go to their squad. Despite having little of the ball, they found chances time and time again and made Liverpool pay with their goal. The cross in seemed to be moving at the speed that the game was calling out for, while the players, especially Konate, still seemed to be stuck in a gear or two below. Being beaten near post like that shook him and the entire team awake. From that point forward, passes had that extra bit of venom on them and it was only a matter of time before the response poured in.

Jurgen Klopp has almost always used the domestic cups as chances to blood some of the younger players and rotate fresh legs in, which can frustrate the fanbase. Understandably, we all crave silverware. Yet, the matches also can give glimpses of what the future may hold for the team. Loathe though we are to ever think of the future beyond Klopp and Salah and company, there will always be new faces and next-in-lines to start bringing through. The equalizing goal was especially exciting because it was almost completely Academy built. The finish from Kaide Bradley showed the poise and calm that elite scorers must possess to have success in the league. Likewise, Conor Bradley looked like he could really grow into an able deputy for TAA moving forward. These sort of developments are only possible when the kids get their minutes.

Yet of course, the best possible outcome is bringing along the new faces AND getting the results. For this match, it ended up requiring the veterans to step in and grab the game by
the scruff of the neck. Fabinho proved just how vital he is in the middle of the park and his penalty was taken with ruthless aplomb. Likewise, the return of Andy and Bobby bodes well for the challenges to come this month. How we’ve missed seeing those Robbo runs and Bobby backheels. The American match commentator also made a very excellent point that while Bobby does possess all the flair and tricks that typify the Brazilian way, he deploys them only when they are needed, which is why his presence always acts as a glue to linking play between the middle and final third.

All told, this was the sort of match that could be a blueprint for the next few weeks. If Liverpool can harness the pace and precision they brought to the game after Shrewsbury had scored and injected the game with some real stakes then they just might be able to cope without some of their leading men. In the meantime, it also might be just the platform to introduce some new stars to the world.