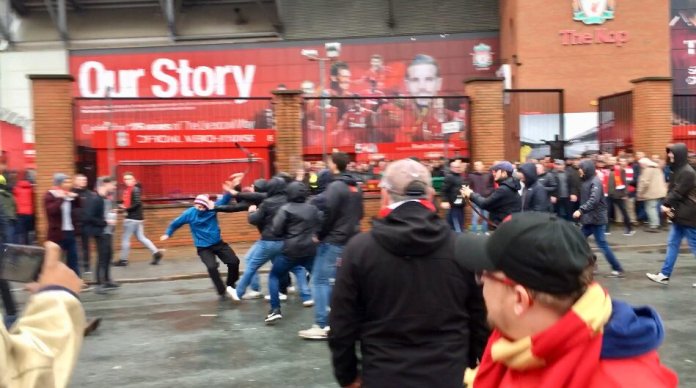 Roma have been fined and banned from selling tickets to their own fans for their next European away game, following the crowd trouble around Anfield ahead of their Champions League semi-final with Liverpool, including an attack which left Liverpool fan Sean Cox in a critical condition.

Roma received a €50,000 fine from UEFA and were given a two-match ban on selling away tickets, with the second deferred under a probationary period of two years.

Charges against Liverpool will be discussed at the body’s next meeting.