HomeNewsNunez on the pressure to score goals

Nunez on the pressure to score goals 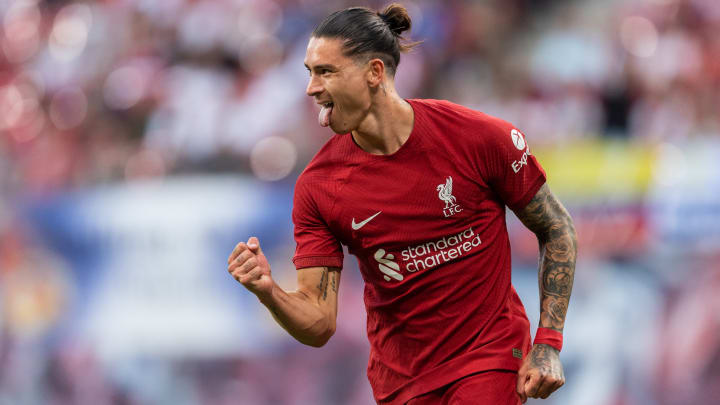 Since Darwin Nunez arrived at Liverpool the media have been piling on the pressure for him to score goals during pre-season.

The Uruguayan striker’s high-profile £85m move from Benfica has been the subject of many back page headlines and there appears to be a desire in some quarters for the 22-year-old to be a flop.

Fortunately, he’s not let the pressure affect him, scoring four goals against Leipzig and another in the Community Shield against Man City to silence his critics, and he looks like he’s going to be the free-scoring frontman that Liverpool lacked last season.

“I think a striker always lives off scoring goals, but I think you try to go out onto the field to do the very best you can to help the team,” he told the official site. “If the goals do come, by all means, bring them on. But if they don’t flow, what are we going to do, other than keep working hard to be ready for the next game?

“You have to say that this is really just the beginning. Things went well for me last Saturday against City, I managed to score a goal and I won the penalty, but I don’t have to feel any added pressure right now that I have to play well and be scoring in every game.

“What I do have to do is train every day and when matchday comes around, give my very best so things go well for us as a team. Because here we win together, and when we lose, we lose together.

“If things go badly, then we suffer together. It’s what I always say, this is a group of players and we always have to stick together as one. It’s great that here the support you get from the rest of your teammates is huge.”