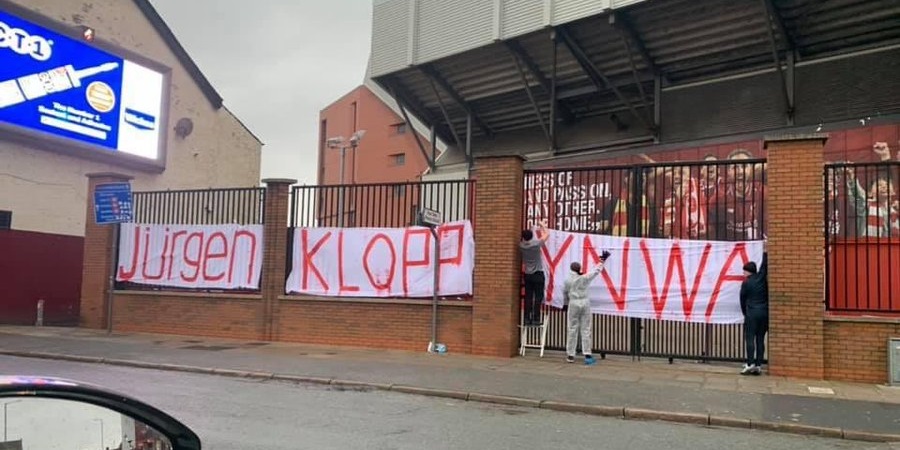 Jurgen Klopp has spoken about the rumours circulating over the weekend that he is about to leave Liverpool.

After losing their third consecutive Premier League game, Liverpool’s hopes of retaining the title are all but gone and discontent around social media turned into rumours that the manager was on his way.

Genuine supporters reacted by displaying a banner in support of Klopp outside the Kop.

“It’s nice, not necessary,” he said of the banner. “I don’t feel that I need special support at the moment but it’s very nice.”

In response to the exit rumours he added: “I don’t need a break. I’m full of energy. The situation is a challenge.”

Watch the video below for his full comments…