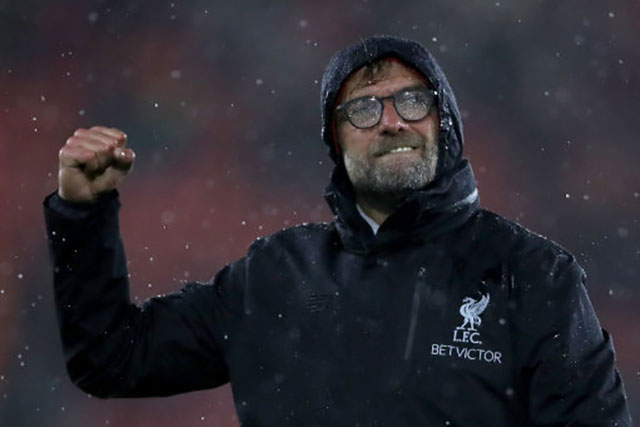 Jurgen Klopp is looking forward to Liverpool’s game against Manchester City on New Year’s Eve, but admits he hasn’t been to watch them ahead of the big game.

The Reds are one point ahead of City in the Premier League, as both clubs try to keep up with Chelsea at the top.

City boss Pep Guardiola was at Anfield to watch Liverpool’s 4-1 win over Stoke City on Tuesday, but Klopp admits he’s not been to the Etihad yet.

“I respect them a lot, but I have not been to City’s stadium this season or last to watch games,” he said/

“We are already looking forward. It’s a difficult game for both teams, but an exciting one. The best news for us is that it’s at Anfield.

“They’re an outstanding side, we are not too bad. It’ll be a nice game.