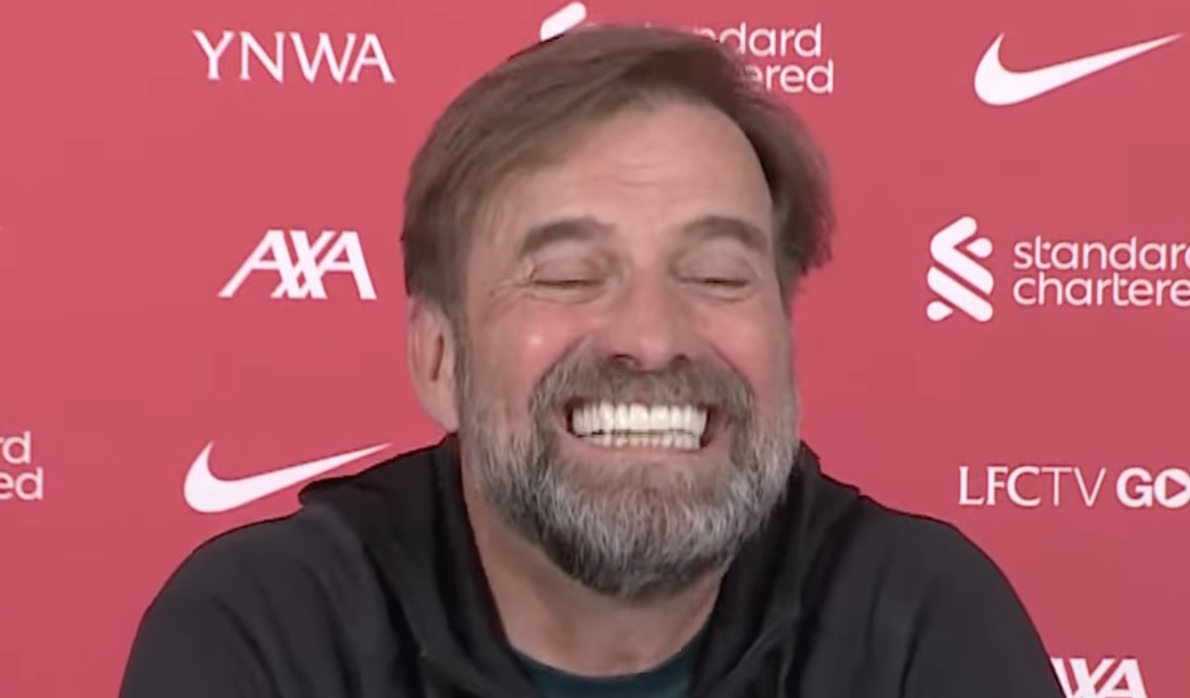 The Man City manager has said: “Everyone in this country supports Liverpool, the media and everyone. Of course because Liverpool has an incredible history in European competition. Not in the Premier League, because they have won one in 30 years, but it is not a problem at all.”

In response the Liverpool boss burst into laughter then responded with, “I live in Liverpool so, yes, here a lot of people want us to win the league that’s true, but probably here it is only 50%.”