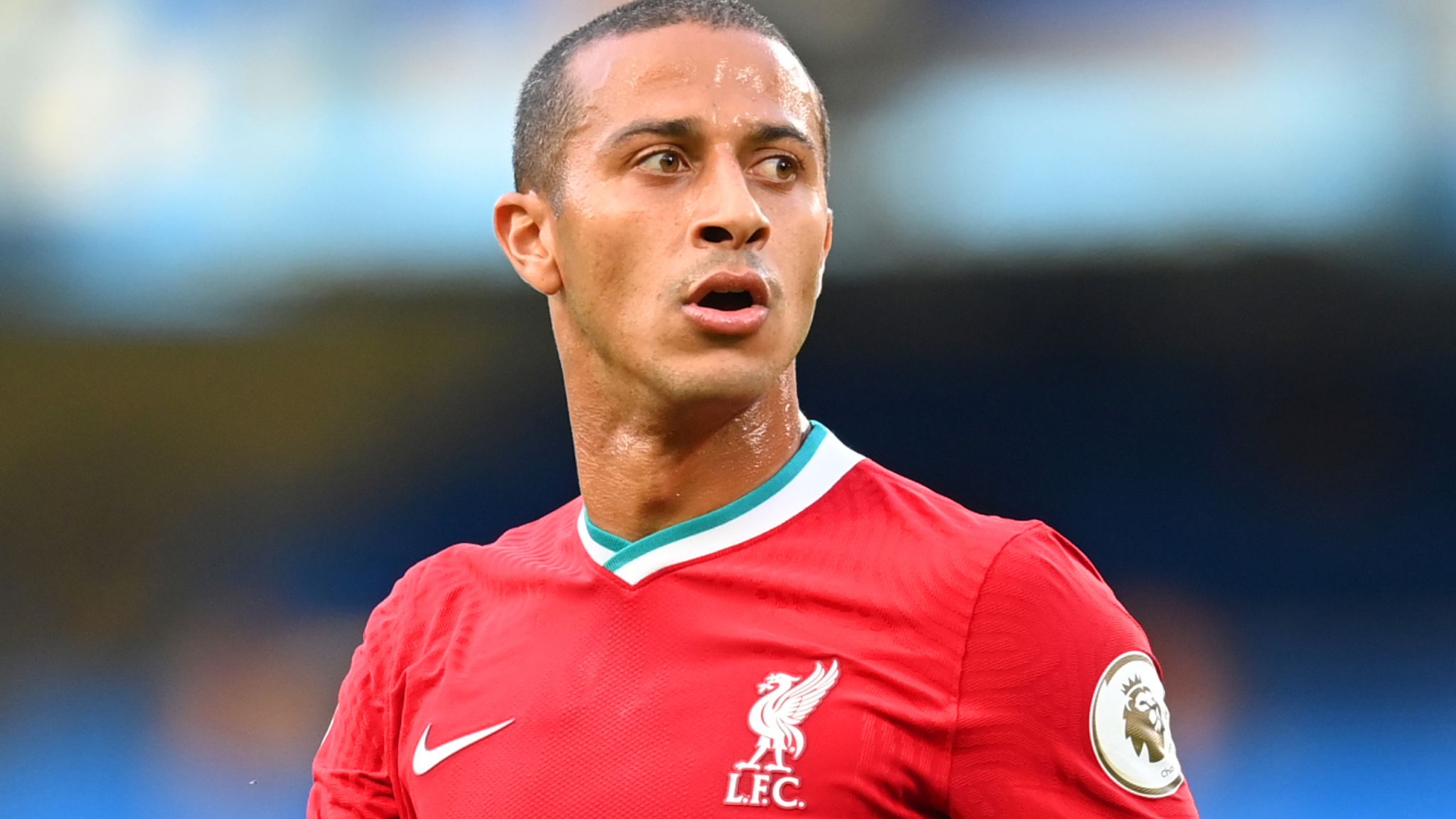 Jurgen Klopp has given an update about Thiago Alcantara‘s fitness after the Spanish international was once again left out of the squad for the Champions League game against Ajax.

The 29-year-old midfielder has been out of action after suffering a knee injury from a Richarlison challenge during the Everton game on 17th October.

Liverpool have avoided giving too many details about the injury and the player’s likely return, but now the manager has revealed that it is worse than first thought.

“The impact on the leg was that big that it is still not OK,” said Klopp. “It is not massive and he trains from time to time, not in the moment because we just have to realise that we have to go a few further steps.

“I can’t say exactly when he will be fine, but it will take a few weeks still with Thiago.”