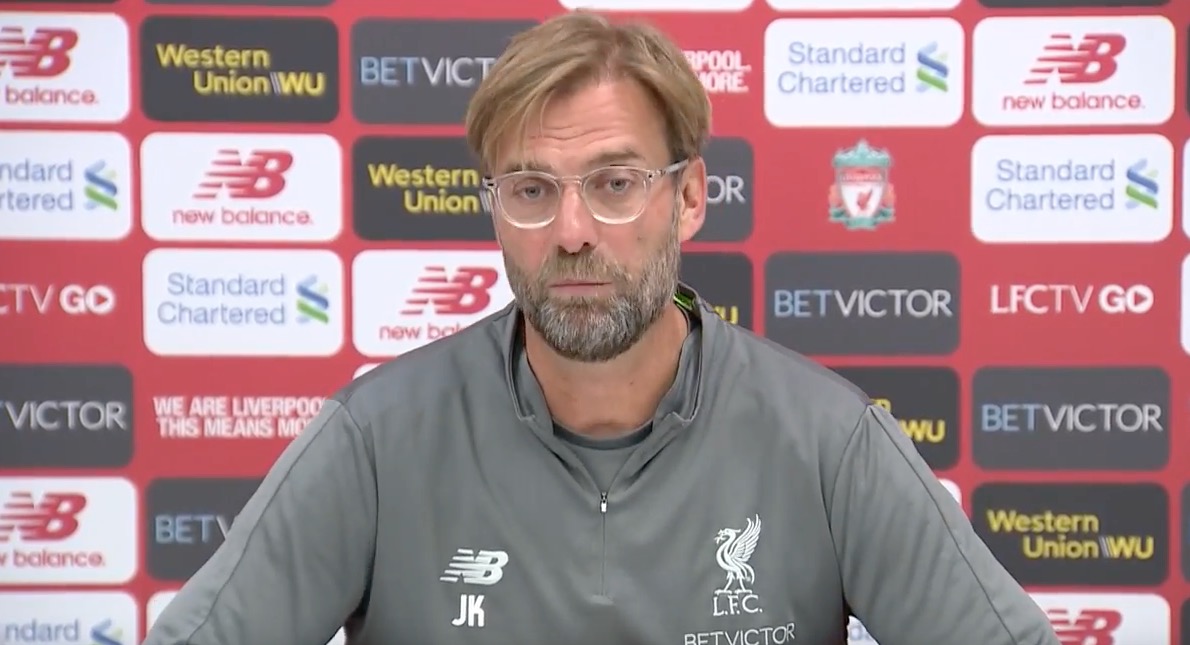 Jurgen Klopp talks to the press ahead of Saturday’s game with Southampton.

“On the defensive side the last two games were outstanding,” he said. “He is really ready to work for the team and its competely normal situation for an offensive player at times you don’t score, but he’s still a threat.

“Finishing is something you never can take for granted. I never do that, the players should never do that and only the supporters are allowed to do that do that. But he’s in good shape.”