HomeNewsKlopp delighted with victory at Watford

Klopp delighted with victory at Watford 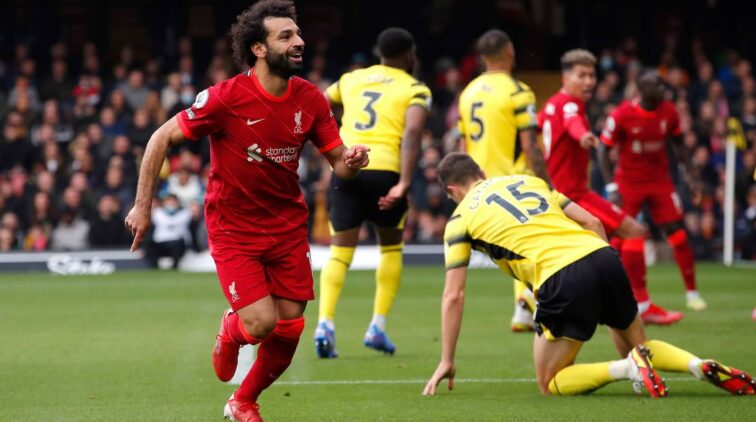 Liverpool cruised to a 5-0 win at Watford on Saturday afternoon as Mo Salah once again showed just how special he is.

Sadio Mane scored his 100th Premier League goal, Roberto Firmino netted a hat-trick but it was most definitely the Salah show.

The Egyptian King‘s goal will rank as one of the best goals of the season, if not the Premier League era.

“It was good,” said Klopp after the game. “After the international break it is tricky to find the rhythm. We had one session, so the boys did incredibly well.

“Watford had an idea but we didn’t let it happen. All fine. It was a good game and brilliant goals, really brilliant, all of them. Good energy level, good attitude, the boys were serious today.

“Salah’s performance was massive, the whole team but his as well, the first goal, super pass, and his goal was absolutely exceptional. We need the boys in this kind of shape to achieve what we are dreaming of. Who is better in the moment than Salah?”

Best in the world. Fact. pic.twitter.com/8qGLM5BbYy