HomeNewsKlopp calls for Chelsea racists to be banned

Klopp calls for Chelsea racists to be banned 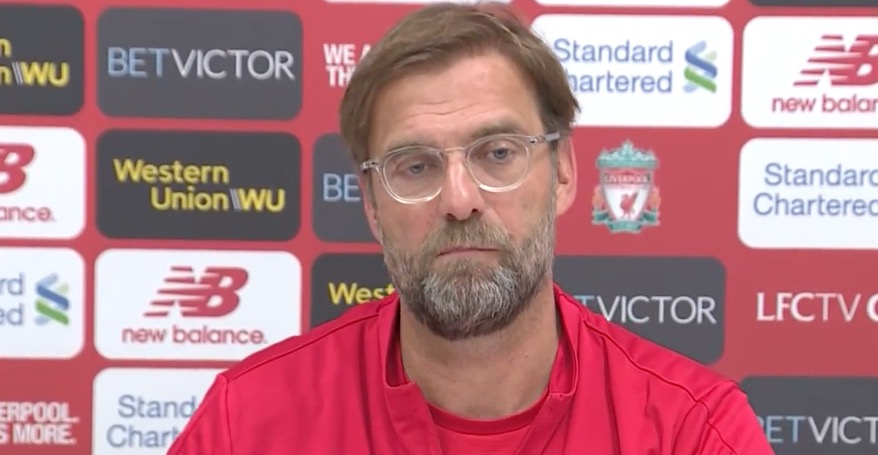 Jurgen Klopp has spoken out about the racist abuse Chelsea fans made in a song against Mo Salah, calling the Egyptian forward a ‘bomber’, which has been circulating social media this week.

“It’s disgusting,” said the Liverpool boss. “It’s another example of something that should not happen.

“It’s another sign that something is going wrong a little bit outside. The stronger the reaction, the more it will help.”

“If you do something like that you should not be able to enter a stadium again, from my point of view, for life.

“Football is the best example of how different races can work so well together. Nobody cares where you are from or who your parents were or whatever.”

Theree of the six fans involved were identified and barred by Chelsea and the club are actively attempting to track the other three.