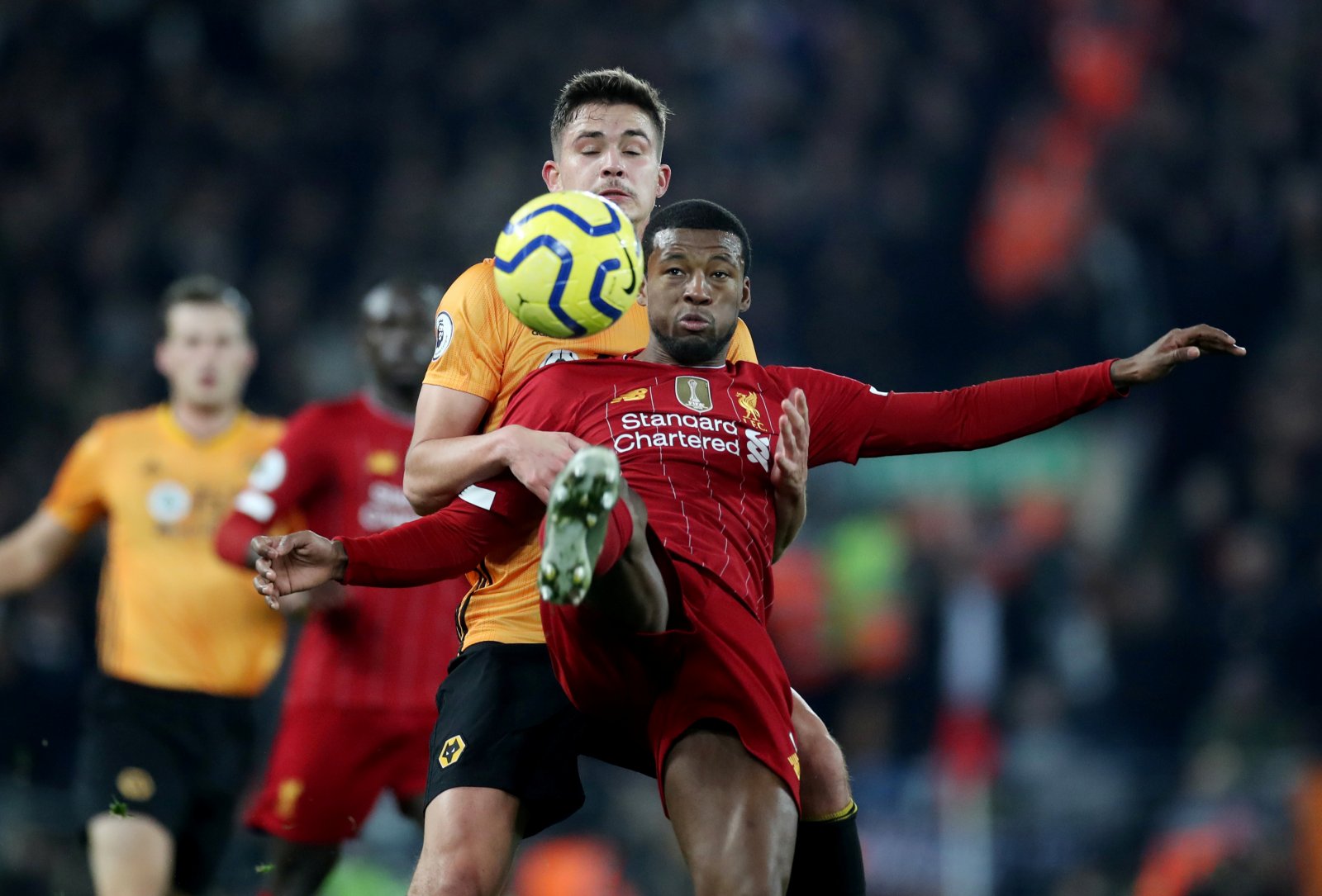 Gini Wijnaldum is expecting another tough game against Wolves on Sunday.

Roberto Firmino claimed a late winner in a 2-1 victory the last time the two clubs met, at Molineux last January, and it’s likely to be another challenging game at Anfield on Sunday.

“I have to say that Wolves is always a really tough test for us,” Wijnaldum told the official site. “I cannot remember that we had a really easy game against them.

“All the games we played against them were quite tough. Most of them we won but if you look at the score and how we won it, it was not with a lot of goal difference.

“We know how difficult it can be to play against them and especially now when they are in a good run. They only lost one of their last seven matches, so I think we will face a Wolves that’s really confident,

“Wolves will want to beat us so I think it’s going to be even more difficult than seasons before because they’re going to come here full of confidence.”