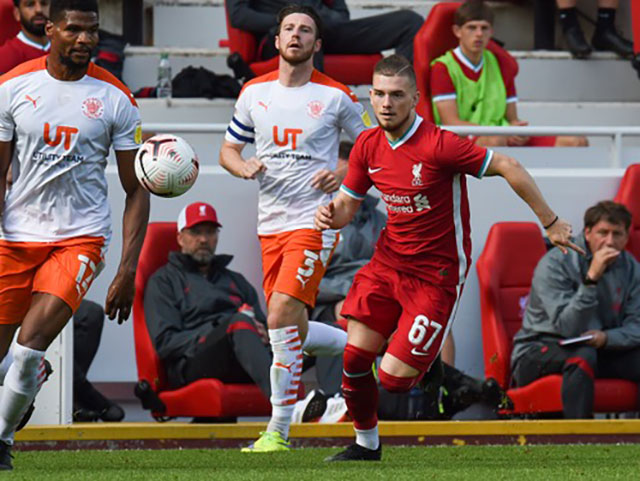 It may have just been a friendly goal against League One opposition, but it was much more than that for Harvey Elliott.

The 17-year old forward scored the fourth of Liverpool’s goals in the 7-2 defeat of Blackpool at Anfield on Saturday afternoon.

“It was great, to be honest, to score for my boyhood club,” he said. “It has been a dream ever since I was a little boy.

“Like I said, it’s a dream come true. But I just need to keep going and keep putting in the performances, as we did in the second half. Hopefully many more opportunities will come.”