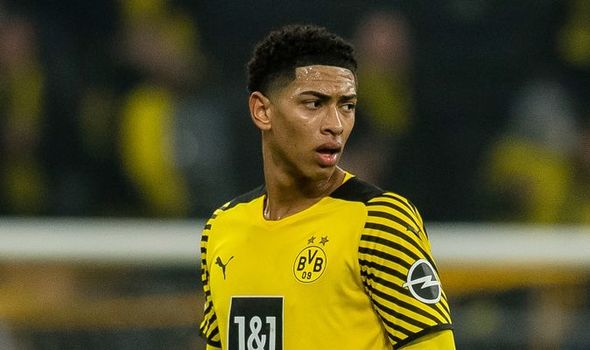 The Borussia Dortmund midfielder is strongly being linked with a move to the Premier League this summer and the Reds are being tipped as favourites to sign the 18-year-old.

International week is always a great time to get transfer rumours started, with players being asked about other players during press conferences and interviews, and this week has been no exception.

“I don’t like speaking too highly of players, especially when they’re such a young age because everybody else seems to do that pretty quickly but I’ve been very impressed,” said Liverpool skipper Jordan Henderson when asked about Bellingham. “I like the way he plays. I like his personality, which is the most important thing. I like the way he conducts himself.

“I’ve got nothing but good things to say about him. He’s a great lad, a fantastic player and I’m sure he’ll go from strength to strength as he gets older and matures.

“When I watch him, he plays with such maturity even now. The sky is the limit for him really.”

Then England boss Gareth Southgate added fuel to the fire, suggesting the quality of football in the Premier League is better than the Bundesliga and more suited to Bellingham:

“The league is definitely a brilliant league for young players and coaches to develop but of course, the standard of the Premier League is undoubtedly higher, I think we see that in the European competitions.”

Time will tell whether there is any truth in these rumours, but we will almost certainly see more gossip on the back pages between now and summer.