HillsboroughJohn Aldridge: Why we will never forget 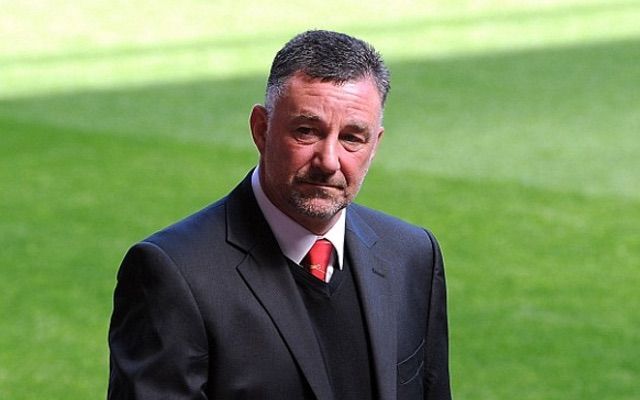 The former Reds hero turned his thoughts back to the day when 96 people went to watch a football match and never came home.

It is a topic which Aldridge, a naturally talkative person, still finds difficult to discuss.

The passage of time has failed to heal many of the psychological wounds that he suffered on April 15, 1989, and in the immediate aftermath of the tragedy.

To Aldridge, the supporters who stood on the Leppings Lane end that day were part of him.

They idolised him as their representative on the pitch. And he idolised them. Knowing that 96 of them were killed watching him play hurt Aldridge so much he almost quit football.

Today he reflects on Hillsborough, the build-up to the disaster and its aftermath in a moving account of a tragedy which still burns deep into the psyche of his home town 15 years on.

Liverpool had beaten Brentford 4-0 in the quarter-finals of the FA Cup and were drawn to play Nottingham Forest in the semi-finals.

In a repeat of a tie at the same stage of the competition the previous season, the two sides would meet at Sheffield Wednesday’s Hillsborough ground on April 15, 1989.

At the time, Liverpool were the dominant team in the league and hopes were high that the club would go on to complete an unprecedented league and cup double.

As was the Liverpool way, Aldridge recalls that everything in the run-up to the big game was “the same as before”.

He said: ” We stayed in a hotel in Sheffield and we did everything the same as the year before.

“We got up, had something to eat and then went for a pre-match walk.

“Then we got on to the coach and drove to the ground. Everything seemed normal – there were loads of fans around but there wasn’t a hint of trouble. We got into the dressing rooms and the build-up was no different than normal.

“I can remember going out for the warm-up and we kicked in at the same end as the year before.

“There was a great atmosphere and if anything it seemed a little bit more buoyant than when we played Forest there on the previous occasion.

“We were looking forward to the game and when it kicked off it started in an unbelievable way – it was non-stop attacking by both teams.”

With the game in its infancy, players from both sides were intent to register the early goal that would have given them a crucial advantage.

They were oblivious to the unfolding tragedy in the Leppings Lane end, where Liverpool supporters were fighting for their lives as a crush built up behind the goal.

A breakdown in policing, coupled with an appalling stadium design, had turned the terrace into a deathtrap.

At 3.06pm supporters began spilling onto the pitch, trying to escape what had become a seething mass of human suffering.

Reds keeper Bruce Grobbelaar alerted referee Ray Lewis to the problem behind his goal. The game was suspended and both sets of players were taken to the dressing room area.

Aldridge says that he was completely unaware of what was happening until the referee blew his whistle.

“At that point we were not aware that anything was happening.

“Then, all of a sudden, the referee blew his whistle and told us to get into the dressing rooms.

“I thought a barrier had collapsed and there would just be a bit of a hold-up while it was sorted out.

“Kenny (Dalglish) was telling us to keep warm because we all thought the match would restart.

“The club had to do it that way but if we’d have known what was going on I would have liked to have been out there helping.”

It was only later that it occurred to Aldridge that it was only his God-given ability as a footballer which saved his life and the lives of his loved ones: he was on the pitch rather than behind the goal; his family were in other parts of the stadium, rather than with the rest of the Liverpool fans.

He added: “My wife, my dad and all my mates were out there. They were all over the ground. But, luckily, because I was a player, I had managed to get them seats.

“The fact is if I hadn’t made it as a player I would have been in that end. Whenever and wherever I went away with Liverpool as a fan I always stood in the middle behind the goal because that is where the atmosphere is best.”

The first horrible realisation that something was going terribly wrong was as he sat in the dressing room waiting for the match to re-start.

He said: “I can remember sitting there, hearing loads of shouting in the corridor outside.

“I heard someone shouting that people were dead and I thought ‘that can’t be right’.

“But then Kenny came back in and told us what was happening – everything went hazy in my mind.

“Then the game was officially called off and we went to see our wives and families in the players’ bar. There were pictures of the ground on TV and the count at that time said there were 30 dead.

“But then I heard John Motson say there were 40.

“I didn’t know what to do. It was really difficult to take in.

“I can remember drinking cups of tea, then getting on the players’ bus.

“It was completely silent during the drive back to Liverpool.

“I got dropped off on Queens Drive and got a taxi home. When I got there I just watched the television, trying to take in what had happened.

“But it didn’t start to really hit me until midnight and then I got really upset.

“I got myself to bed but didn’t really sleep and I got up the next morning and put the TV on again.”

With the death toll steadily mounting, the city of Liverpool was in a state of shock and mourning.

People were looking for a place to pay their respects to the dead and Anfield soon turned into a shrine.

Like every other Liverpool fan, Aldridge saw the Reds’ home ground as the only logical place to mourn.

After a restless night he headed to Anfield – scene of some of his greatest memories – to be with his own.

He said: “I went straight to Anfield with my daughter, Joanne, because that was the only place that seemed right for me to be.

“I got some red roses but I was gutted because when I went to put them down at the ground and pay my respects someone from the media was trying to take my picture and I didn’t want that.

“But a couple of supporters told him to go away so I could do what I was doing in private.

“After that I just went out and had a few drinks. I know it wasn’t the answer but I didn’t know what else to do.”

THE TEAM SUPPORTS THE FANS

Liverpool Football Club has always prided itself on being a family club.

In the days after Hillsborough its family values came to the fore as the players became unofficial counsellors for the bereaved.

And each and every player made themselves available for the unremitting flow of funerals that followed.

It was a duty which Aldridge was more than willing to fulfil but one which at times left him a broken man.

He said: “On the Monday all the team went up to the hospital in Sheffield to see the fans who had been injured.

“We all sat on the bus, again not saying anything, and we didn’t know what to expect.

“When we got there I was asked by a doctor would I go and say something to a young lad who was in a coma.

“I went over to him and whispered in his ear that when he got better he should come and see us at Anfield.

“As I walked away I asked the doctor how long it would be before he recovered and he told me they would be turning his life support machine off that afternoon. That cut me in half.

“He was only a young lad, aged 10 or 11, and he reminded me of my own son. I looked at his family and thought what they must have been going through.

“After that I just couldn’t eat, my head was totally wrecked.

“Then the funerals started coming thick and fast. I went to 11 and it was incredibly hard for all of us because in the end we are only human beings.”

The emotion of being at the heart of such a tragic event almost caused Aldridge to quit football altogether.

He said: “All of a sudden I could not be bothered if I ever put a pair of boots on again.

“For the first time in my life something that I had loved suddenly didn’t matter to me. Football just became irrelevant.

“Liverpool has always been my club but I didn’t want to play any more.

“I had a couple of letters from relatives of the dead saying I should carry on because that was what their loved ones would have wanted. But it just didn’t seem right.

“I only started to think differently when my wife told me I had to play on for them.

“The club held the first training session after the disaster and Kenny asked me if I wanted to join in.

“I said ‘no’ but then I decided to have a go at half time. The problem was I was feeling really weak and my mind wasn’t on it and I was useless.

A friendly match had been fixed up for us in Glasgow against Celtic which was good for me because I had always had a soft spot for them.

“Everyone up there was different class, the directors, the players and the fans.

“I came on at half-time and scored two, but the goals didn’t matter. The whole occasion was incredibly emotional and something I will never forget.

“Although the goals didn’t matter I did enjoy scoring them and that feeling made me realise that I had made the right decision to carry on playing.

“The next game was at Goodison. Again it couldn’t have been at a better place because the Everton supporters had been top class since Hillsborough.

“But I was not at my best and Kenny took me off during the second half. Because of the emotion involved I lost my head and kicked the dressing room door in causing some minor damage. I just had so much emotion in me that I needed to get out.

“After smashing the dressing room up I didn’t think I would get picked for the semi-final replay against Nottingham Forest at Old Trafford – and that game was so important to me because of what had happened.

“That was the most poignant game for me and I did get picked. I scored two that day and they are the most important goals of my career. I went on to score in the final but the goals I scored that day were far more important to me because they came in a replay of THAT game.

“The fact that it was Liverpool and Everton in the final was fitting and it was very special.

“I will never forget the support that Liverpool as a club and our fans received from Everton and their fans during what was an incredibly difficult time.

“But I have mixed emotions about that day because although it was nice to win the Cup for those who had died, the occasion was also tinged by the fact that people had lost their lives watching an FA Cup match.”