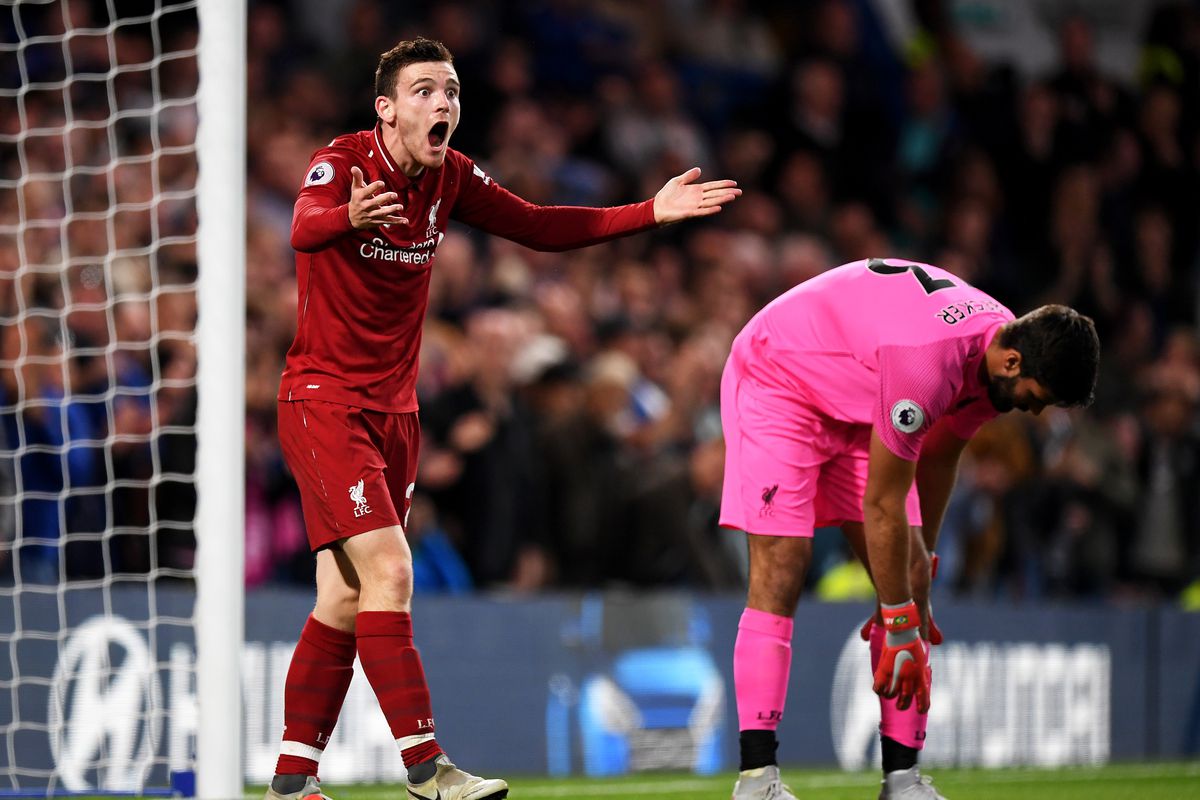 Andy Robertson has responded to the rumours around social media that he had a dressing room bust-up with Alisson after Liverpool’s defeat at Leicester City.

Speaking to Sky Sports, Robertson joked about the gossip and denied that any of it had happened.

“I don’t look like the boxing type, do I!” quipped the left-back. “The least two people to fight in the dressing room are myself and Ali, to be honest.

“When you get a couple of bad results, in current times I think people are sitting at home a bit bored and obviously somebody made up a rumour that the gaffer didn’t come home whereas me and Ali were fighting.”

“I love how I was the one who ended up with the burst lip. I would rather it was the other way about but beggars can’t be choosers!

“The stuff that was getting written was a lot of nonsense. For the players and everyone in the training ground, we just need to block all that out.”

Please do take anything you read on social media or the tabloid press with a large pinch of salt and avoid spreading unfounded rumours.