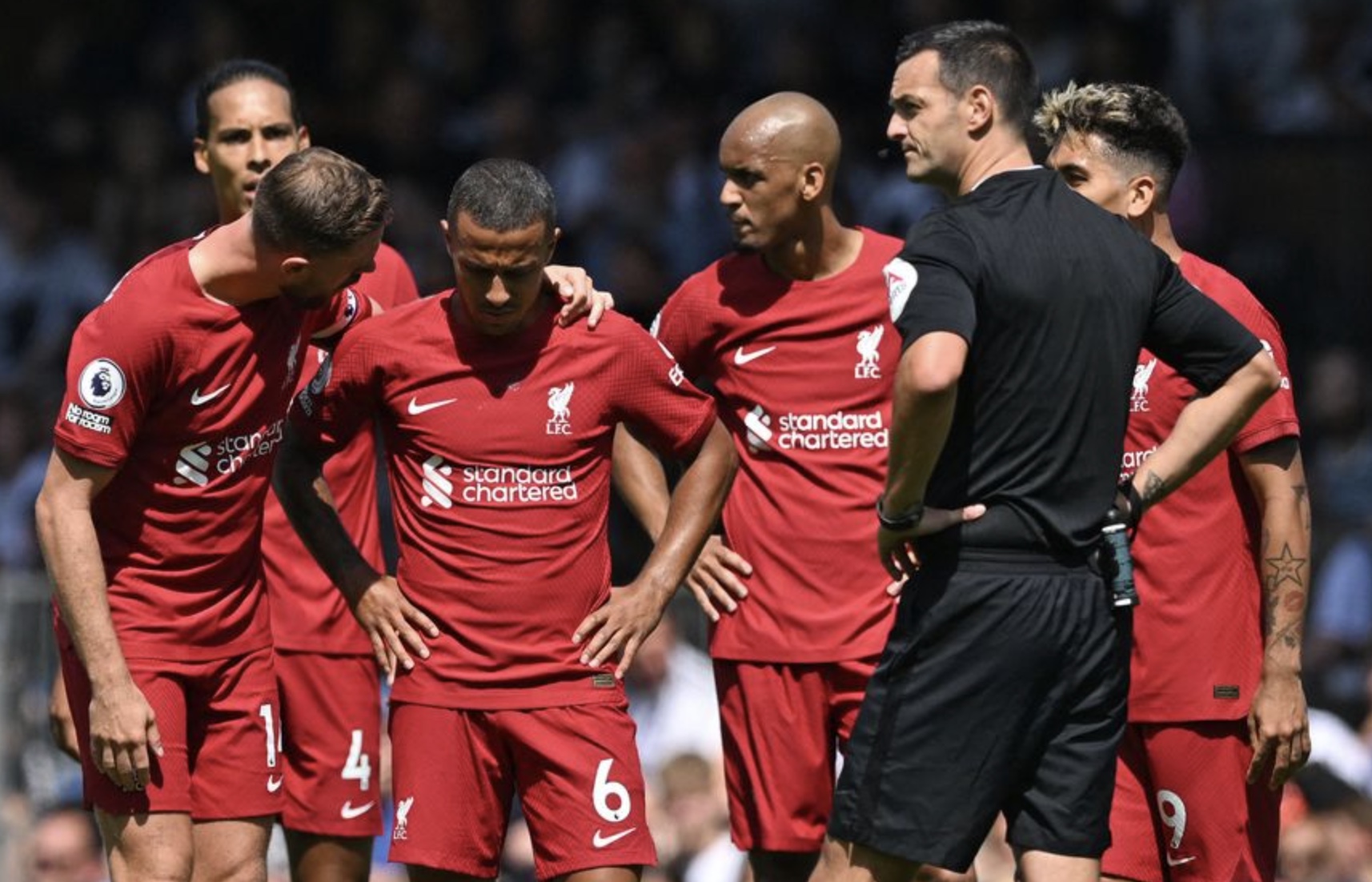 Thiago Alcantara picked up an injury during Liverpool’s 2-2 draw at Fulham on Saturday.

The Spanish midfielder was forced to leave the field early in the second half, being replaced by Harvey Elliott.

Early indications suggest a hamstring, which could rule Thiago out for several weeks. With Alex Oxlade-Chamberlain and Diogo Jota also recovering from hamstring injuries, Jurgen Klopp must now decide whether to bring in a new player before the transfer window closes.

“I know what will now come up, it’s clear. We said we don’t need a midfielder because we have enough – and we actually have enough, but the problem now is we get punished for something that is not our responsibility really because things like this can happen,” said the Liverpool boss.

“Nobody could image that Curtis gets the thing he gets; it is nothing serious but he is a young boy and it is a kind of stress reaction. Bodies are like this. Naby is only ill and he will now be back definitely next week again. Oxlade happened early and now with Thiago that is, of course, not good and we will see.

“Look, a transfer must make sense now and in the long-term; we have midfielders, we have still enough midfielders. It is not that we lack midfielders, but it’s just some of them are injured.

“This is not a good situation, I don’t like it at all, but we have to see how we react on that – but for sure not panicking.”