What does Gakpo give Liverpool? 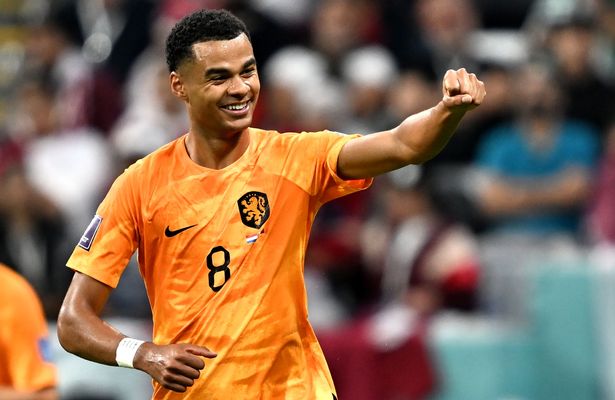 The 23-year-old had an impressive world Cup, scoring three times for the Netherlands and helping them to reach the quarter-finals in Qatar.

“Hopefully Cody can go to the moon and back,” fellow Dutchman Virgil van Dijk said during the tournament. “He is a very good player and a good boy too.

“What we see in training is what you see on the pitch. There is still so much potential and I hope he can carry on showing it for us. We are very happy with him.”

With Luis Diaz out for another couple of months with a knee injury he originally picked up back in October, Gakpo would likely slot in at left wing – the position he has made his own at PSV. This would then help provide Darwin Nunez with the assists he needs to get the goals and silence the critics since his arrival in the summer.

When Diaz returns to full fitness it will give Jurgen Klopp more options up front and provide the firepower that Liverpool have lacked slightly since Sadio Mane’s departure at the end of last season.

Assuming the move goes through smoothly when the transfer window reopens on Sunday, Gakpo will be the missing link Liverpool have been struggling without so far this season.