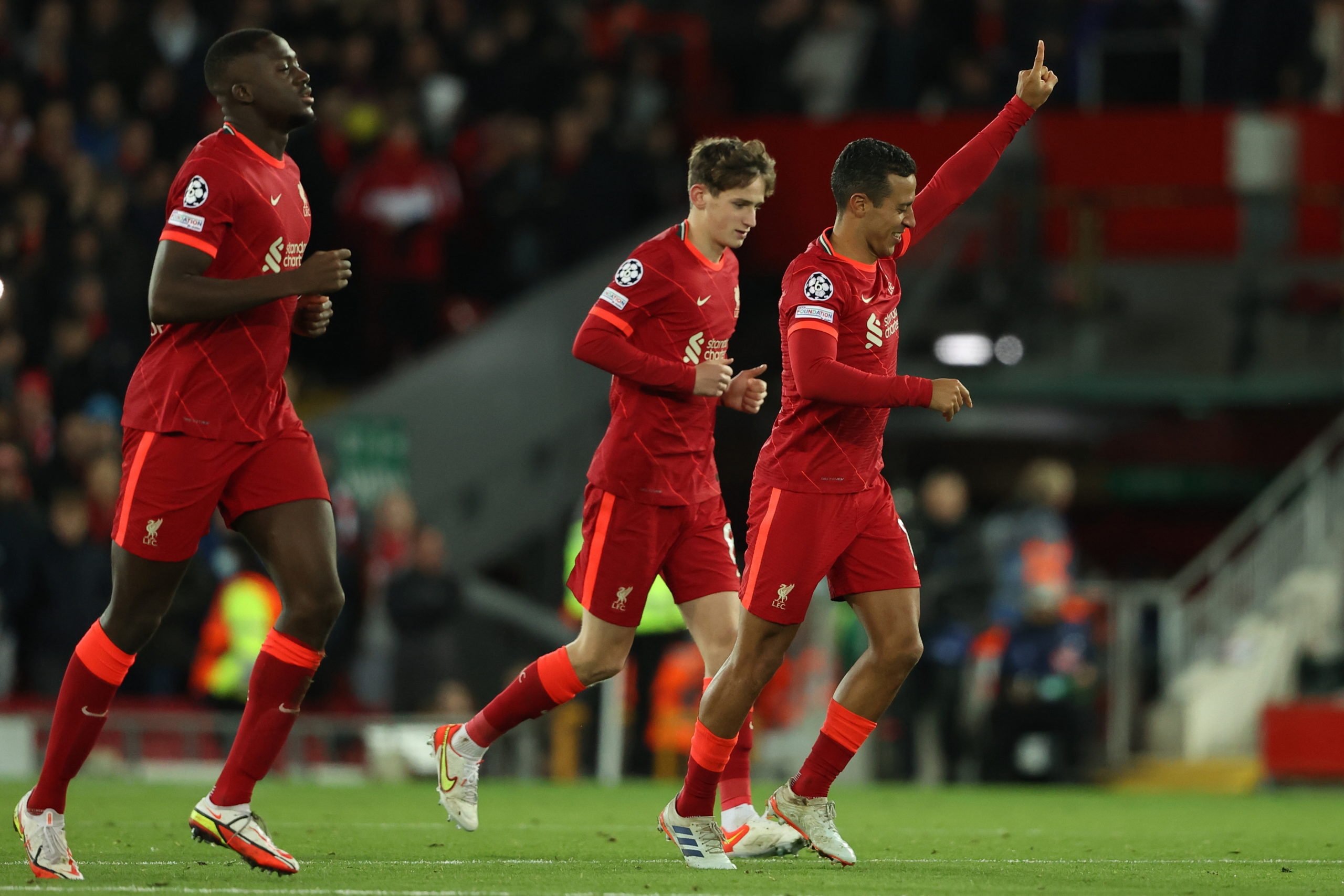 In a game, that for long periods lacked intensity, punctuated by two goals of precision and poise, Liverpool strolled to their fifth consecutive group stage victory. Salah and Thiago proving, as they did on Saturday, that class is permanent.

Klopp sent out a team that surprised many, with Mane and Salah up front, whilst at the back, the ever impressive Tsimikas, was accompanied by Matip, Konate and Williams. An unconventional back four, that at times looked a tad unsure, especially Konate, but that for the most part, protected another surprise inclusion, Alisson, from having to make a save of note. Porto were that toothless in attack that even when the Brazilian was called upon, the Portuguese champions were off-side.

Liverpool however, were not much more incisive, though Mane being adjudged off-side just before half-time, looked harsh. Harsh, not least because of the defence splitting pass by the wonderfully composed Thiago, which left Sadio with the simple task of nestling the ball in the corner of the net in front of the Anfield Road end. Harsh also, because if he was off-side, it cannot have been by more than the width of his shirt.

Tyler Morton meanwhile, who looked neat, tidy and accomplished making his debut in the Champions League, must have gained an invaluable insight playing alongside Thiago. Not least, when watching in admiration, as we all did, as the Spaniard put Liverpool ahead early in the second half.

The strike, from twenty yards, was reminiscent of that famous Gerrard ‘beauty’ versus Olympiacos. Slicing across the ball as it broke to him on the edge of the box, it gave the Porto keeper no chance, as it nestled in the right corner of the net. A strike of stunning quality, and one that further derailed any hope that Porto may have had in taking something from the game.

Next it was Salah’s turn. A diagonal pass from Morton, was played inside to Henderson, and with a jink to side step the desperate Porto defender, set up Salah, who stroked a left foot shot into the net. Game over, and Klopp, who’d already made a few eyebrow raising substitutions, now gave both Robertson and Milner a run out. Origi also made an appearance, and thought he’d won a penalty in the dying minutes, but once again VAR came to Porto’s rescue, and a free kick on the edge of the box was awarded.

The game petered out, as it appeared did Porto’s hopes of progressing to the knock-out stages, but with Madrid surprisingly losing at home to Milan, a victory for the Portuguese in their final game will see them progress. For Liverpool, a much greater prize is a distinct possibility, and having now won all five of their Champions League matches, a seventh raising of ‘Big Ears’ next May, will not be something, any other of Europe’s contenders, would be surprised to see.