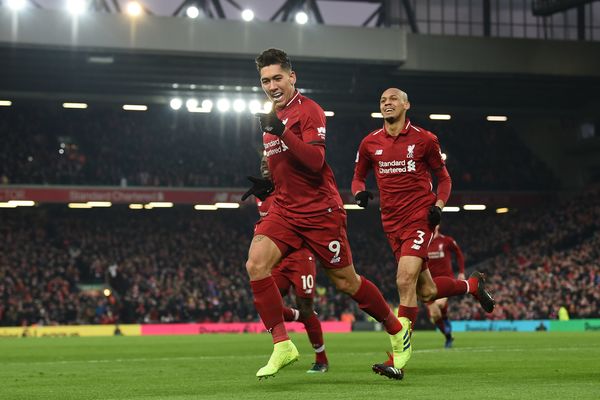 The Eagles flew into to town, and a Mo Salah double helped to bring them down. A midfielder plays a little too hard and ends up with a red card. The club seeks to stay in contention, as young players sign content extensions. The Good, The Bad and The Ugly. Another week reviewed at the world’s favourite football club, Liverpool FC.

Overcoming the Crystal Palace hoodoo to take all three points at Anfield yesterday. It was a hard fought match, and the 4-3 score line suggests nothing less. Jürgen Klopp was able to call on Joel Matip to return to central defensive duties as the current spate of injuries eased.

A rare start was given to Naby Keïta who came in for the injured Gini Wijnaldum. It’s fair to say Guinean didn’t have the best of games. James Milner (see “The Bad“) came in for Trent Alexander-Arnold and the loaned out Nathaniel Clyne at right back.

This was never going to be an easy game. Histrionics was not on Liverpool’s side. They have never fared well against Crystal Palace at Anfield in recent years. However, this 2018/19 season is turning into one where Klopp’s Liverpool team is coming of age in terms of maturity, in attitude and in resilience. That was evident in the second half, having gone into the break a goal down.

Goals from Mo Salah and Roberto Firmino gave the hosts the lead, only for the Eagles to equalise less than 10 minutes later. Game on… again! Veteran Palace ‘keeper Julian Speroni gifted Liverpool a third and the lead when Salah capitalised on his error. One would have thought that was that.

However, a red card and a goal a-piece later, the spoils stayed at Anfield. This was a nervy performance from Liverpool and the stability of Wijnaldum and Alexander-Arnold were definitely missing. This is one thing the manager will have to work on for the final run-in.

James Milner’s red card. Incidentally this was the vice-captain’s second sending off against the Eagles. The last one being in March 2016. OK, this wasn’t an event that turned the game but it was pretty reckless for someone of his experience.

The former England international began to leave the field even before referee Jonathan Moss had reached for his card. Suffice to say, Liverpool won’t be appealing against this one. This was only the second red card of the season for the Reds.

Milner will now miss the next game against Leicester on 30th January. Whilst the Foxes cannot be mentioned in the same breath as Manchester City or Chelsea, they have won the Premier League one more time than Liverpool. Therefore they deserve to be respected.

They are perfectly capable of beating Liverpool on their day and therefore, the less bodies unavailable due to needless suspensions, the better.

Smug? Why? Because this last week has seen Liverpool secure the services of two of the league’s brightest talents.

The club announced this both Andy Robertson and Trent Alexander-Arnold signed new long-term contract extensions to keep them at the club into – what one hopes – will be their best years.

Both players, having come into the team through injuries to established players, have now confirmed themselves as equals to their big-name teammates.

With a combined cost of £8m (basically the cost of Robertson), they are among the club’s most valuable assets. Indeed they have displaced players worth more than three times that much in Alberto Moreno (circa £12m) and Nathaniel Clyne (circa £12.5m). If that isn’t value for money, then I don’t know what is.

These guys are reminders of days when Liverpool found players and not necessarily names as they have done in recent times – only to regret the outlay. Long may it continue in my opinion.

Whilst Virgil van Dijk is worth every bit of the reported £75m paid for him, it’s a struggle to say the same for others. When Lazar Markovic who allegedly cost £20m and has done as much for Liverpool FC as David Beckham, it’s clear to that money isn’t everything, even in today’s game.

Next up we have the visit of Leicester City to Anfield, before a trip down to the Smoke five days later to play West Ham United.